I’m beyond excited today to be taking part in the cover reveal for Caroline Mitchell’s latest book!! It’s book two in her Ruby Preston series and I loved the first one, here is my review in case you missed it. 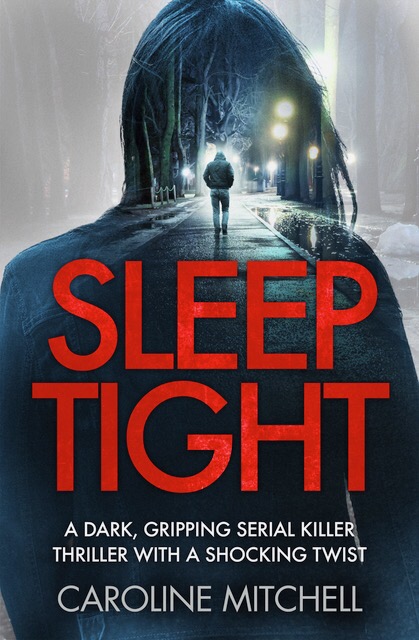 Close your eyes … Just pray you don’t wake up.

A killer stalks the streets of East London. All over the area, murdered young women are discovered, their bodies posed into a sickening recreation of fairytale princesses.

Detective Ruby Preston is determined to hunt down a disturbed individual who is using the women to realise their twisted fantasies. But when body parts are found at the home of her lover, Nathan Crosby, Ruby is torn between her job and her heart.

Convinced that he is being framed, Ruby must catch the killer before Nathan becomes the number one suspect. But as more victims are found, it becomes harder to prove his innocence.

Ruby is in too deep, knowing that the cruel individual is getting ever closer, looking for his next beautiful victim. But can she stop a killer hell-bent on fulfilling their horrific desires – before it’s too late? And how well does she really know the man she loves?

A terrifying, addictive serial killer thriller that will keep you on the edge of your seat, for readers of Angela Marsons, Peter James and Rachel Abbott.

Sounds like another smashing read from Mitchell! You can preorder on Amazon US and Amazon UK.

Originally from Ireland, Caroline lives with her family in a pretty village on the coast of Essex. She now writes full time.