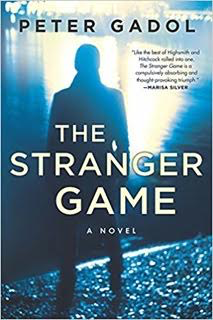 Rebecca’s on-again, off-again boyfriend, Ezra, has gone missing, but when she notifies the police, they seem surprisingly unconcerned. They suspect he has been playing the “stranger game,” a viral hit in which players start following others in real life, as they might otherwise do on social media. As the game spreads, however, the rules begin to change, play grows more intense and disappearances are reported across the country.

Curious about this popular new obsession, and hoping that she might be able to track down Ezra, Rebecca tries the game for herself. She also meets Carey, who is willing to take the game further than she imagined possible. As her relationship with Carey and involvement in the game deepen, she begins to uncover an unsettling subculture that has infiltrated the world around her. In playing the stranger game, what may lead her closer to finding Ezra may take her further and further from the life she once lived.

A thought-provoking, haunting novel, The Stranger Game unearths the connections, both imagined and real, that we build with the people around us in the physical and digital world, and where the boundaries blur between them.

Welcome to my stop on the blog tour for The Stranger Game, if you would like to follow along with the tour check out TLC Book Tours for the full schedule.

I really liked the idea behind this one, getting followers on social media is an obsession for many people and seeing the follower phenomenon take place in real life fascinated me. There is something so creepy about playing a game where you follow random people while they go about their day, but we all do this on social media with no hesitation, yet there is such a big difference.

The style of this was a bit different, the writing is sparse but the prose is still hauntingly beautiful in an odd way. This has a strong literary vibe and was light on the thrills but it’s still very mysterious in its own unique way. At times it read like a social commentary about this social media obsessed society we’ve created but it was subtle, yet thought provoking. A bit different than what I expected but nonetheless an entertaining read that I would recommend for anyone looking for something unique.

The Stranger Game in three words: Unusual, Smart and Deep. 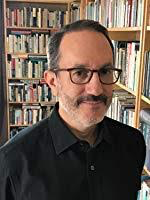 Peter Gadol’s seven novels include THE STRANGER GAME, SILVER LAKE, LIGHT AT DUSK, and THE LONG RAIN. His work his been translated for foreign editions and appeared in literary journals, including StoryQuarterly, the Los Angeles Review of Books Quarterly Journal, and Tin House. Gadol lives in Los Angeles, where he is Chair and Professor of the MFA Writing program at Otis College of Art and Design. Visit petergadol.com for more info on his work.

3 thoughts on “Review: The Stranger Game by Peter Gadol”