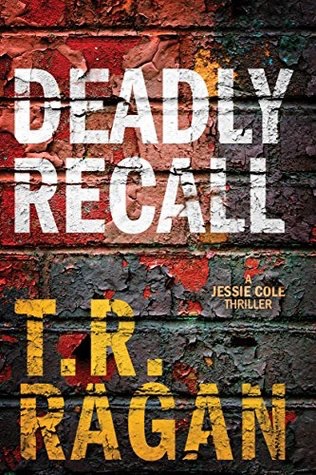 When you search for the missing, there’s no telling what you’ll find. PI Jessie Cole learned that painful truth firsthand when her sister disappeared. Now a new case will test Jessie and Ben once again.

Owen Shepard, the public face of one of the country’s biggest health insurance companies, has become the target of a vengeful father. The man blames Shepard for his child’s death and plans to make the CEO know what it’s like to live with a broken heart—and watch others die. After killing two employees, the desperate father kidnaps Shepard’s daughter. Tasked with finding her, Jessie and crime reporter Ben Morrison are running out of time to save her.

Meanwhile, Ben is still seeking insight into the man he used to be before a car crash erased his memories. And each discovery is leading Jessie and him down a frightening road. What they find could scar both of them forever.

This is the second in a series that follows PI Jessie Cole and I really enjoyed the first book, she’s a character that intrigued me and while you learn quite a bit about her in the first book, there was still many questions left unanswered. I’m pleased to say that this may have answered a few of my burning questions about both her and Ben, but it still left plenty of room for more in the next books!

Much as with the last book there were several various plot threads to keep you on your toes. Jessie is hired to help find a killer so clearly it’s an intense case, and then Ben is still curious about his own past so Jessie is looking into that and then finally Jessie is also hired to help a mother find her daughter that was kidnapped as a newborn. I know that sounds like a lot, maybe even too much but Ragan is a pro and everything flows together seamlessly, definitely never a dull moment in this one.

Sometimes with the second book in a series that had a really strong start things start to get shaky but there was none of that here. It was a solid follow up and I’m eager to see what happens next!