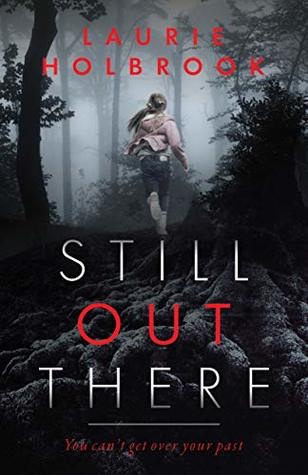 Sixteen years ago, Mabel Peters was left to die by the monster who’d killed her mother and brother. He was never brought to justice.Mabel left everything behind, including her name, to find a new life in safety. Now she’s back and determined to find the man who ruined her life, even if it means risking everything. She can’t rest until it’s done. But when a series of suspicious events happen around her, it becomes clear that she is being hunted once more. And one of her students may just be the key to unlocking the mystery that has consumed her life.Determined to bring her family’s murderer to justice and protect those close to her, Mabel races against time to find her attacker . . . before he finds her.

I know many of us have gotten sick and tired of weak, whiny and overall annoying female leads lately, especially in thrillers and I am so happy to tell you that Mabel was a strong woman who you can root for! 🙌 She’s seriously a badass who has trained in all types of different self defense and hand to hand combat, honestly it was just refreshing to actually admire a heroine instead of loathing her!

This is told in multiple points of view and the chapters are fairly short which is a technique that makes for a real page turner and I was sucked right in. One of the things that I liked most here was that the reader is aware of who the killer is, but the characters aren’t. It was fun and made for an interesting game of cat and mouse that kept me gripped the whole time.

This one went dark, which I love and the insight directly into the killers psyche was simultaneously fascinating and creepy! Recommended as a solid thriller that you can easily binge read in one sitting, the pacing was fast enough it’s not easy to put down and the writing style was easy and fast as well.

Still Out There in three words: Quick, Engrossing and Original

6 thoughts on “Review: Still Out There by Laurie Holbrook”