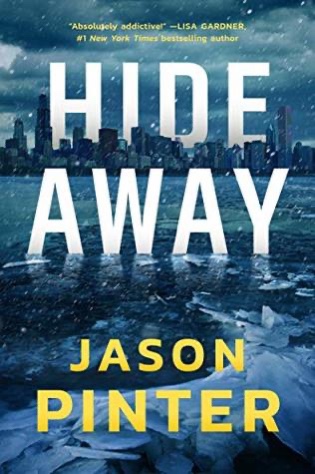 On the surface, Rachel Marin is an ordinary single mother; on the inside, she’s a fierce, brilliant vigilante. After an unspeakable crime shatters her life, she changes her identity and moves to a small town in Illinois, hoping to spare her children from further trauma…or worse. But crime follows her everywhere.

When the former mayor winds up dead, Rachel can’t help but get involved. Where local detectives see suicide, she sees murder. They resent her for butting in—especially since she’s always one step ahead. But her investigative genius may be her undoing: the deeper she digs, the harder it is to keep her own secrets buried.

Her persistence makes her the target of both the cops and a killer. Meanwhile, the terrifying truth about her past threatens to come to light, and Rachel learns the hard way that she can’t trust anyone. Surrounded by danger, she must keep her steely resolve, protect her family, and stay one step ahead, or else she may become the next victim.

There’s been a theme in many thrillers over the past few years (especially if the main character is a woman) where she’s delusional and helpless and frankly, I’m beyond sick of reading books with these pathetic women. This book had none of that nonsense, Rachel is the polar opposite of a weak woman, she’s the kind of kickass character that you can not only root for, you can respect her and I couldn’t get enough of her sheer grit and determination.

I was pleasantly surprised that a big aspect of this book focused on police procedure but it was coupled with Rachel’s own story and it was revealed slowly via flashbacks, you know something awful happened but getting to the what takes some time. It build up suspense slowly with that storyline but the other plot line in contradiction was fast paced making for a really engrossing read. Basically if you like domestic suspense AND a police procedural you’ll like this because you get a little bit of both worlds. A super solid start to a new series and finally, a heroine I can enjoy!