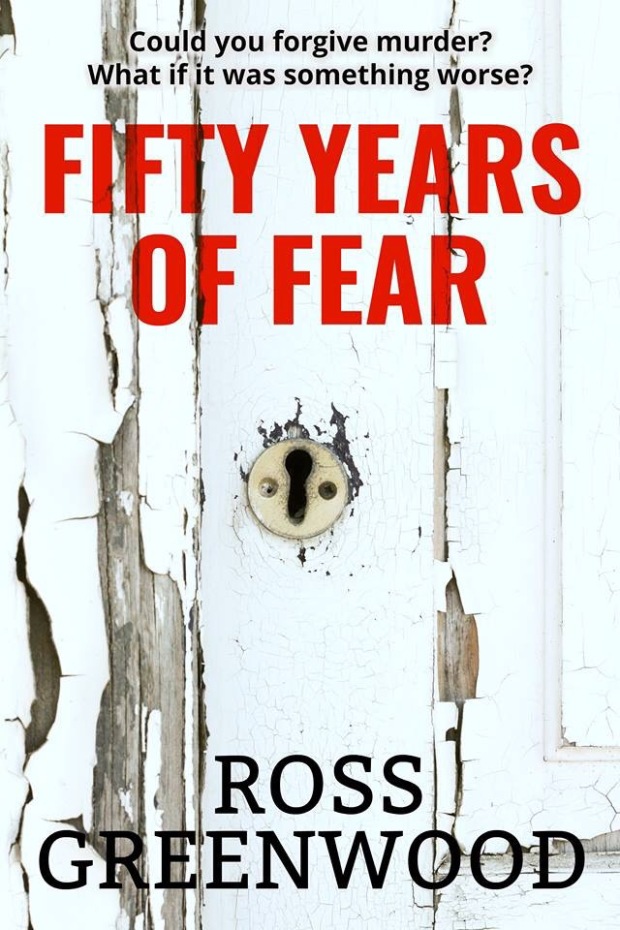 A childhood accident robs Vincent of his memories, causing him to become sensitive and anxious around others. His differences attract bullies, and he comes to rely heavily on the support of his family.

After the devastating loss of his parents, a remarkable woman teaches him to embrace life, and, little by little, he realises the world is far more forgiving than he imagined. When fragments of his memory return, he begins to unravel his past.

Who was his mother? What kind of man was his brother, Frank? And why does death surround him?

Fate is cruel. History is dark. Things are not as they seem.

Perhaps he should’ve stayed at home.
Welcome to my stop on the blog tour for Fifty Years of Fear! 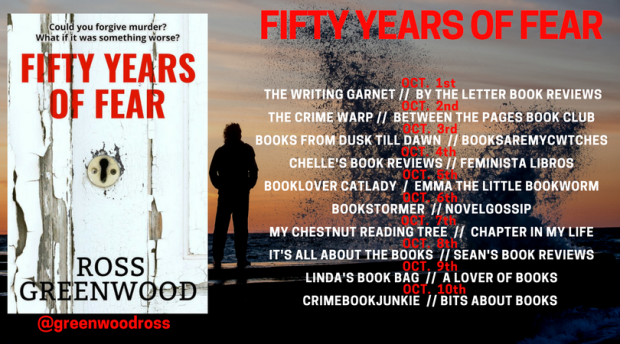 This was my second Greenwood book and what struck me in the first one still resonated here, he has a knack for writing highly unique novels that fall under the umbrella of crime fiction but are not your typical read at all. There is no one killer or one police officer hunting down a maniac. His books aren’t action packed or super exciting and thrilling, BUT they are still very engaging and will take you on a very emotional journey.

This is told solely from Vincent’s point of view and begins when he is fourteen and follows him until he’s fifty. He has no memories from before he was seven and in many ways his young life was tragic. His parents are both dead while he’s still pretty young and his brother, Frank is not exactly dependable, so he’s basically on his own. For the first half, I wasn’t sure where things were headed, as much as Vincent had his struggles he had a decent life to start. Then, things took an unexpected turn and while I wouldn’t call it shocking per se, it was definitely heartbreaking.

This was a heavy read, incredibly sad, even depressing in parts. I don’t want to stop anyone from reading this though because Greenwood is a really fantastic writer, but it has heavy themes and feels dark and full of despair throughout, there isn’t a shred of hope to be seen. It’s heavily character driven and relies on that angle more than a crazy plot line to hook you and it worked for me. Refreshingly unique and emotionally charged, grab this one for something fresh. 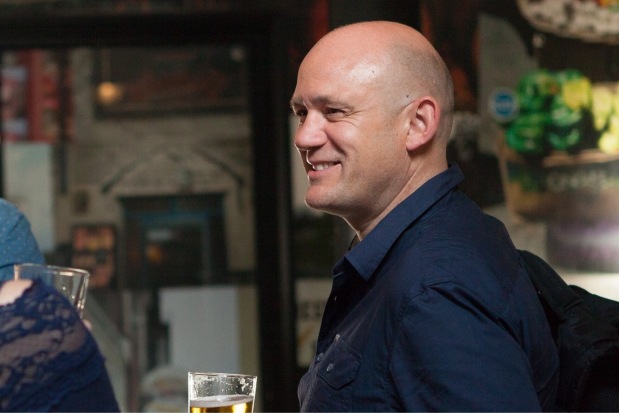 Ross Greenwood’s second book, The Boy Inside, was picked up by Bloodhound Books, and now, Fifty Years of Fear, is out. All his books are thought provoking, and told with a sense of humour.