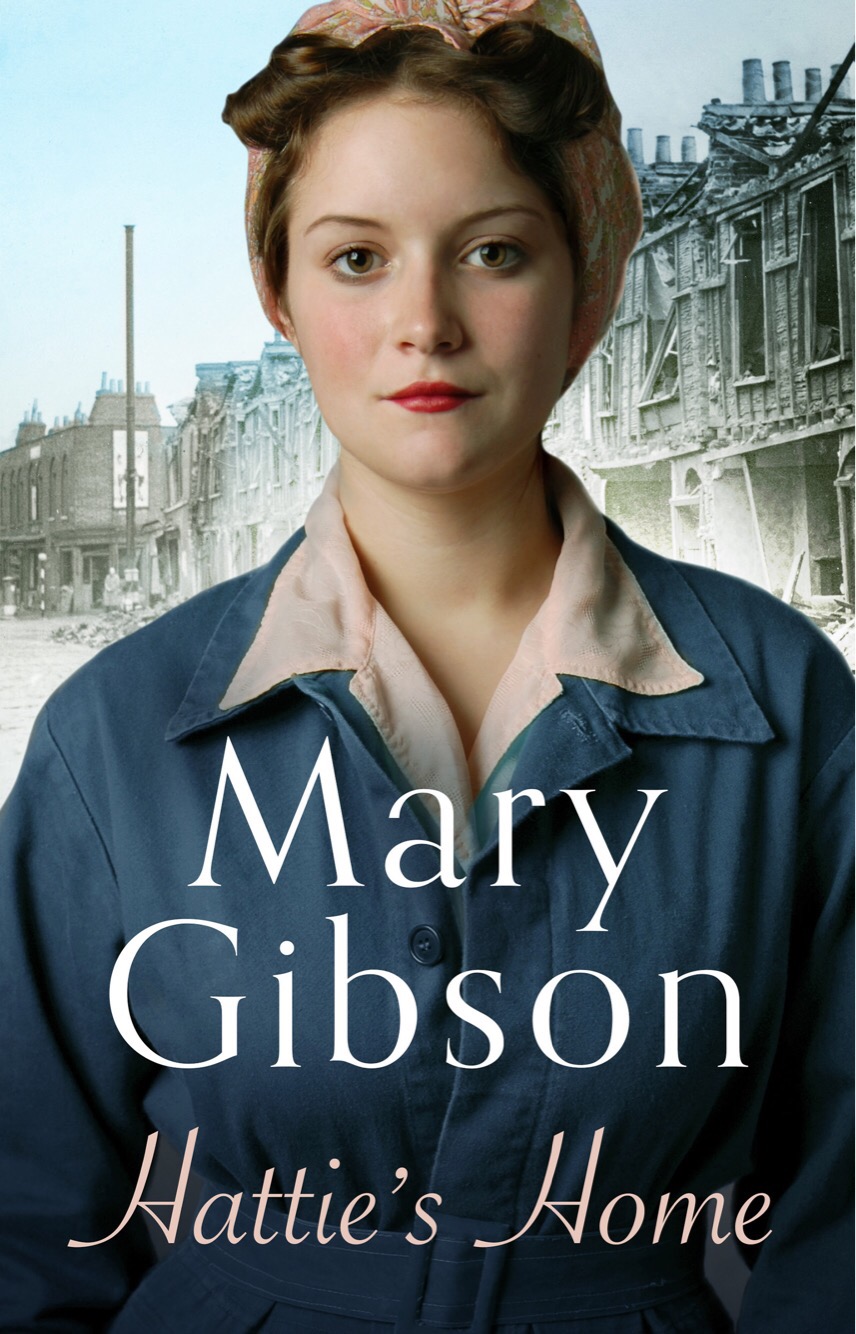 Hattie, a rising star in the ATS, finds herself relegated to the factory floor on her return from the war. Her work mates are unforgiving at Hattie’s attempt to raise herself up and she is soon ostracised. After journeying across the world to Australia to marry her husband, Clara is betrayed and returns penniless, homeless and trying to raise a child in the face of prejudice. Lou, a war widow, has lost more than most in the war. Her daughter and parents are dead, killed in a bomb blast on an air raid shelter. By day, she works at the factory, by night she roams the bombsites half mad with grief.

These women will forge a bond that will ultimately allow each of them to overcome crippling grief, harsh prejudice and post-war deprivation to find hope in a better tomorrow for themselves and their children.

Life was moving on for Hattie Wright, but it seemed the number forty-seven bus to Bermondsey was not. Too much snow and too little skill on the part of the driver had brought the bus to a halt in Tooley Street. A resigned groan from her fellow passengers rippled along the bus. Hattie stood up. Hefting her well-worn army kitbag down from the overhead rack, she hopped off the running board into the deep bank of snow piled against the kerb. Still wearing her stout army shoes and ats greatcoat, at least she’d be warm. They were calling this the worst winter in living memory, but she’d been hardened up by three biting winters in Belgium.

The journey by rail from Southampton had been predictably slow. Everything in the country seemed broken. Trains, rails, ticket machines, buffet cars, signals and even the people, hustling along platforms, huddling in smoke-filled, freezing carriages, seemed worn out beyond repair. There was a national stoop she’d noticed – which surely hadn’t been there last time she was home – a universal taut-faced, clenched-fist bowing to the bitter Arctic wind sweeping across the country. She marched along Tooley Street, glimpsing herself in an office window. Had she developed the stoop? Not yet. Her tall figure was slim and strong. Perhaps staying on in the army had saved her. Her shoulders were square beneath the kitbag’s weight and, in spite of the hampering snow, her stride purposeful. At twenty-seven, her pale ivory skin was still good, her pointed chin taut and her red-gold hair still abundant. The war hadn’t worn her out; it had honed her.

Hattie hadn’t been back to Bermondsey since 1942; five long years and it hadn’t been long enough. She certainly didn’t want to be here now. But what choice did she have? Eight years as an ats sergeant fighting the war hadn’t prepared her at all for the peace. The sort of roles she felt ready for were being reserved for returning servicemen. Besides, her mother had made a rare plea for her to come home. She was, she’d said, finding it hard to cope these days and was nearly blind. Sometimes her mother was prone to exaggeration, but the spidery, blotted handwriting of her letter spoke more persuasively than her words.

The devastation along the riverside was plainly visible from Tooley Street. It wasn’t so much what was still there, as what was now gone that struck her. Here, the Thames had always been obscured by slab-faced offices and docks, but now through jagged gaps she could see the river riding high, a dull afternoon sun raddling its ice-black surface. The destruction in this area was exactly what she’d expected. The docks had always been the target, of course.

Hattie cut down Bermondsey Street – a whole tract of which had disappeared in a tumbled wreckage. Burned, eyeless windows stared from shells of buildings and she passed one tall house, still inhabited by the looks of it, which stood exposed on three sides. Wallpaper and fireplaces patterned its outside walls as it stood in isolation amongst the piles of rubble. She wondered who would have wanted to stay living there, and yet where else would they go? She wasn’t the only one facing a life of limited choices.

But as she came to the end of Bermondsey Street shock hit her like a bomb blast. She was about to cut across one of the many small side streets leading into Abbey Street, but she couldn’t find one of them. Where was Larnaca Street? Stanworth Street? There was nothing left. Instead she was forced to cross a moraine of tumbled bricks, stone boulders and splintered timber. Where rows of terraced houses ought to have been, was instead a wide tract of wasteland, littered with rubble, heaped with pyramids of charred beams, punctuated by twisted metal. In one street, only the back wall of a row of houses was left standing – a patchwork mural of water- and fire-damaged wallpapers.

She pushed on, astonished that in the twenty months since the war’s end so few areas had been cleared. But in those that had, no sign was left of their former occupants or usage, all trace of the life that had gone on in that place had been eradicated. The cleared sites looked somehow more forlorn than the jumble of walls and collapsed roofs. At least they remained a memorial to the life that had been lived before the war.

Mary Gibson was brought up in Bermondsey, London – the setting for her novels, Custard Tarts and Broken Hearts, Jam & Roses, and Gunner Girls and Fighter Boys. Find out more at www.marygibsonauthor.co.uk