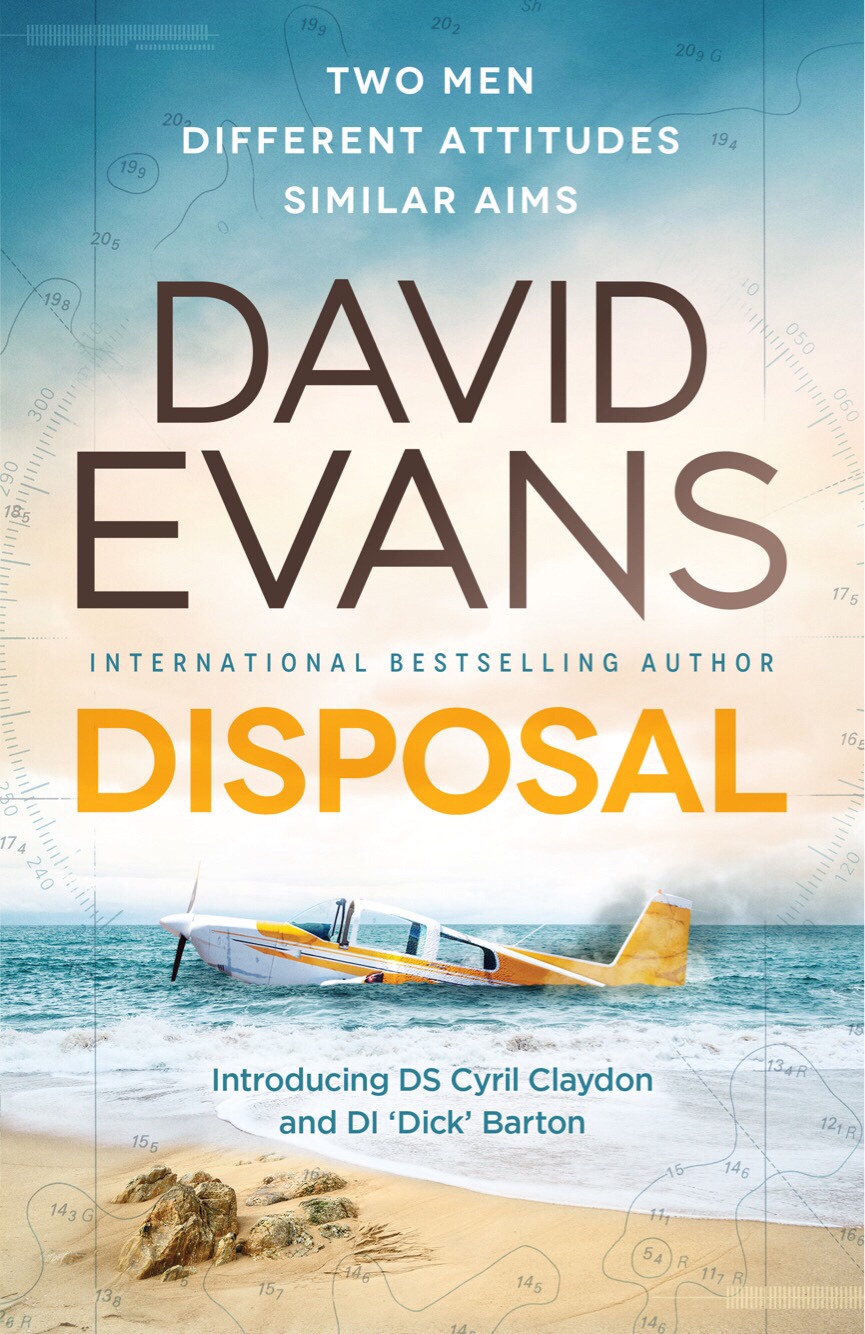 August 1976 and it seems as though the long hot summer will never end. Early morning at Clacton on the north Essex coast, a light aircraft takes off from the airstrip but struggles for height and crashes into the sea. First on the scene, Sergeant Cyril Claydon pulls the pilot’s body from the wreckage. But something else catches his eye. A bulky package wrapped in black plastic is on the passenger seat. Returning to investigate, he makes a grim discovery – another body. And so begins a series of events that puts him and others in danger as he is drawn into the investigation, having to work alongside DI ‘Dick’ Barton, a man with totally alien attitudes. Can they work together?

I’m so pleased to be a stop on the blog tour for Disposal today! I have a fantastic interview with the author to share. 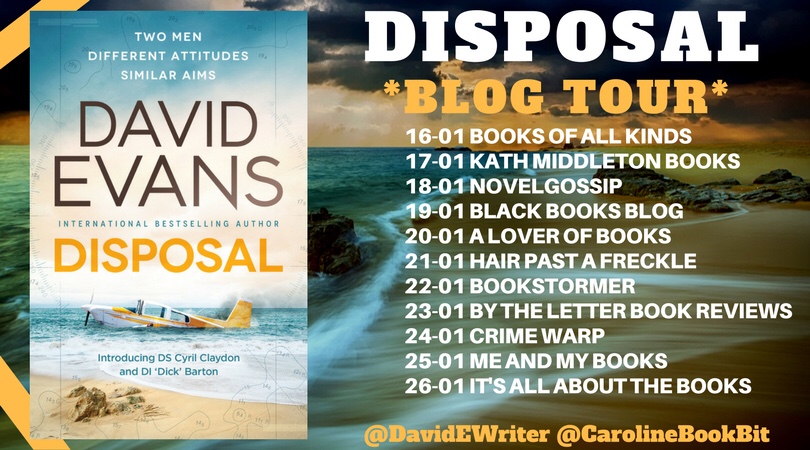 Q Why did you write a book?

I enjoyed reading and have always had creative thoughts. Years ago, I joined a Creative Writing Nightclass and, after a few terms of writing various exercises, I realised a couple of those were linked in some way. After that, it was a small step to see if I could write more on the same theme that would eventually form a book. And so the first draft of what became Trophies was born.

Q Do you write every day?

When I have an active project, I tend to write every day but sometimes, I take a break for a short while – recharge batteries and provide valuable thinking time.

Q Do you work to a plot or do you prefer to see where the idea takes you?

Initially, I need a plot – that is vital. For instance, for the last 3 projects, once I have the ideas, I will write around 10,000 words and pause. At that point, I am able to judge if it ‘has legs’. Then I’ll look to draft a loose synopsis. Once I have something I think will work, I carry on writing. Every now and then, I’ll go back to the synopsis and tweak it to line up with what has been written. I use the synopsis as a guide but don’t allow it to dictate rigidly if my characters or plot take me ‘off message’. That way creativity isn’t stifled. Also, when the first draft is complete, it is a matter of one last tweak to have a completed synopsis – one of the hardest tasks to perform when writing.

Q How long does it take you to write a book?

As I’ve written more, I’ve found that the time to write each book has shortened. The first draft of Trophies took me over 2 years, but that was coping with a full-time job. It has also gone through 8 further drafts. Torment took about 2 years on and off (again with a full-time job) but has required less re-drafts. Talisman was about 18 months in the drafting whilst Disposal took about 16 months. However, other writing matters had been prioritised during the writing of Disposal – like achieving a publication deal for the Wakefield Series. I also like to have 2 or 3 threads running through the books and that takes time and concentration to meld them together.

Q What’s the worst thing about writing a book?

Getting it out there, all the marketing and promotional work that has to be done. Like most writers, I’d rather just think about the next one and create.

Q What’s the best thing about writing a book?

When your characters take over. For instance, when I was writing Disposal, I had my two main characters, Cyril and Barton in the front seats of a car. As they drove, it was as if I was in the back seat listening to their conversation. When we set off, I didn’t have a clue what they were going to say, but they obviously did. That was so satisfying.

Q Why did you choose your particular genre?

Because crime fiction is what I enjoy reading. I think if you don’t enjoy what you’re writing that will become apparent in the finished work.

Q If you had to write in a different genre, which would you choose?

Q Which book character do you wish you had written?

It would have to be John Rebus, the brilliant creation of Ian Rankin.

Q What do you think are the best and the worst things about social media?

The best would probably be the instantaneous feedback and contact it allows. The worst has to be the ability of it to run away with time – possibly our most precious commodity.

A few questions, just for fun:

Q If you could be invisible for a day, what would you do?

That would be difficult. The danger with that would be coming across conversations others may be having about you which it might be best not to learn. A better option would be the ability to go back in time as an invisible person to soak up the experiences and atmosphere of earlier times.

Q If I joined you on your perfect day, what would we be doing?

It would be on a warm summer’s day, a visit to a preserved railway to experience the sights sounds and smells of what I consider to be the art in motion of a steam locomotive. The aromatic mix of steam and hot oil is something difficult to describe. We’d have lunch at a pub followed by taking a well-behaved dog for a walk and allow our thoughts to drift to the latest writing project. Finally, we’d spend the evening with friends, back in the pub to catch up on what everyone had been doing.

Chilli con carne or Paella, both of which I seem to have mastered pretty well (so people tell me).

Q If you could be anyone for the day, who would you be?

I’m quite comfortable in my own skin and with my own company. However, for the benefit of this question, I’d like to be a contestant on The Apprentice. I’m not bothered about the prospect of winning, I’d just enjoy being alongside some of the dopy people who take part. Finally, in the boardroom, after all the other sycophants have tugged their forelocks and referred to the man as ‘Lord Sugar’, I’d take great delight in telling him to take his job and shove it before walking out!

David Evans is a Scots-born writer who found his true love as well as his inspiration for his detective series, set primarily in Wakefield. Having written all his life, in 2012 he decided to go for it – successfully as the next year, in 2013, he was shortlisted for the CWA Debut Dagger Award.

The Wakefield Series became an International Bestseller in June 2017 with success in Canada and Australia as well as the UK. But now, whilst the Wakefield Series awaits the next instalment, David Evans has written Disposal, the first in the Tendring Series, a completely new detective series set in north Essex in the 1970s.