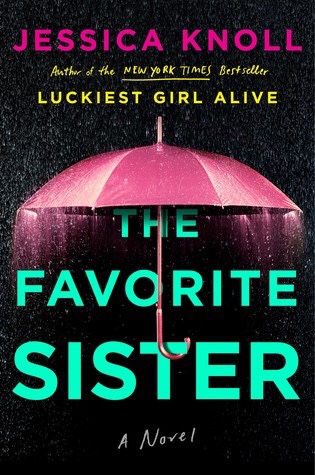 When five hyper-successful women agree to appear on a reality series set in New York City called Goal Diggers, the producers never expect the season will end in murder…

Brett’s the fan favorite. Tattooed and only twenty-seven, the meteoric success of her spin studio—and her recent engagement to her girlfriend—has made her the object of jealousy and vitriol from her cast mates.

Kelly, Brett’s older sister and business partner, is the most recent recruit, dismissed as a hanger-on by veteran cast. The golden child growing up, she defers to Brett now—a role which requires her to protect their shocking secret.

Lauren, the start-up world’s darling whose drinking has gotten out of control, is Goal Diggers’ recovery narrative—everyone loves a comeback story.

And Jen, made rich and famous through her cultishly popular vegan food line plays a holistic hippie for the cameras, but is perhaps the most ruthless of them all when the cameras are off.

Calling all Real Housewives fans, line up ladies, because have I got THE perfect juicy summer read for you! If you’re a fan of any reality TV shows I have a feeling this book will be for you actually, it’s like getting an insiders look into the making of a reality show with the added bonus of a murder mystery, I mean is there anything better?! Not to me, and this will be one of the most talked about books this summer, I have no doubt about it, so mark your calendars.

It took me a little while to keep the cast of characters straight here, you’re thrust right into the action and keeping all the players and their over the top personalities and complex lives separate took a bit of time. The beginning is also setting the stage for what’s to come later, so be patient to start and the reward will come later, and believe me, it really does! You hear from Brett, her sister Kelly and Stephanie, Brett’s ex BFF and man do they have a lot to say. These are women with strong and loud opinions, bad ass entrepreneurs, boss bitches, exactly the type of women who dominate shows like RH, but their fictional show, Goal Diggers has a female empowerment edge that eschews traditional roles and this book had a lot to say about current social issues, especially those effecting women today. Sure, reality TV isn’t the classiest setting for feminism, but it’s sure as hell makes for an entertaining read!

This was juicy and a little campy, Knoll has an acerbic wit and her pop culture references were so on point and hilarious. She created a cast of characters that were, at face value inspiring, strong women but underneath the surface they were actually all hiding some pretty dark secrets. They’re they type of people that you love to hate when you watch reality TV and in the end I can’t decide if I really liked any of them, but that didn’t stop me from being fascinated by them. They are cutthroat and super driven and will do all sorts of messy and shady things to get what they want, again how could I not be entertained?! Plan to pack this in your beach bag this summer and prepare for some drama…

The Favorite Sister in three words: Biting, Dramatic and Edgy.

7 thoughts on “Review: The Favorite Sister by Jessica Knoll”