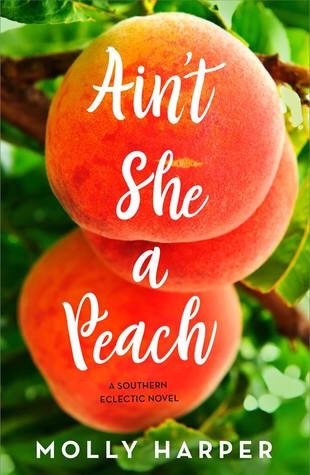 An Atlanta ex-cop comes to sleepy Lake Sackett, Georgia, seeking peace and quiet—but he hasn’t bargained on falling for Frankie, the cutest coroner he’s ever met.

Frankie McCready talks to dead people. Not like a ghost whisperer or anything—but it seems rude to embalm them and not at least say hello.

Fortunately, at the McCready Family Funeral Home & Bait Shop, Frankie’s eccentricities fit right in. Lake Sackett’s embalmer and county coroner, Frankie’s goth styling and passion for nerd culture mean she’s not your typical Southern girl, but the McCreadys are hardly your typical Southern family. Led by Great-Aunt Tootie, the gambling, boozing, dog-collecting matriarch of the family, everyone looks out for one another—which usually means getting up in everyone else’s business.

Maybe that’s why Frankie is so fascinated by new sheriff Eric Linden…a recent transplant from Atlanta, he sees a homicide in every hunting accident or boat crash, which seems a little paranoid for this sleepy tourist town. What’s he so worried about? And what kind of cop can get a job with the Atlanta PD but can’t stand to look at a dead body?

Frankie has other questions that need answering first—namely, who’s behind the recent break-in attempts at the funeral home, and how can she stop them? This one really does seem like a job for the sheriff—and as Frankie and Eric do their best Scooby-Doo impressions to catch their man, they get closer to spilling some secrets they thought were buried forever.

Last year Sweet Tea and Sympathy was one of my favorite reads, it had all of the elements I need in fun women’s fiction so I’ve been dying to read the second book in Harper’s Southern Eclectic series for months. The wait was well worth it, the second installment was just as witty and charming as the first and I really hope Harper continues to write about the kooky residents of Lake Sackett for a long time.

One of my favorite things about this series is the fun cast of characters and when I saw that this book would focus on Frankie I was delighted. She’s a quirky chick who doesn’t take crap from anyone and she’s also sarcastic, but charming when needed, a combination that always works well for me. Her budding relationship with Eric was not only adorable, it wasn’t formulaic or predictable. You also get to catch up with the characters from the first book and seeing what Margot was up to was just delightful.

This was a strong follow up to a hilarious series, the ultimate pick me up that I read at just the right time. You can’t read this without smiling, it’s got sassy southern charm by the bucketful and a little romance that will make you swoon, what more could a girl want?!

Ain’t She a Peach in three words: Humorous, Sassy, and Cheeky.

3 thoughts on “Review: Ain’t She a Peach by Molly Harper”