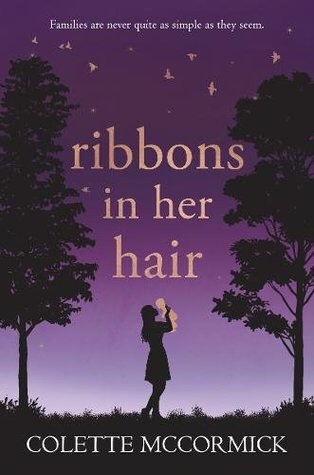 Jean seems the perfect wife and mother but she struggles to love her daughters whose material comforts mask emotional neglect.

When the youngest daughter, Susan, brings ‘shame’ on the family, Jean can think of only one response. She has to make the problem disappear. Finding the strength to stand up to her mother for the first time in her life, Susan does the only thing that she can to save her baby. What Susan doesn’t realise is that her mother’s emotional distance hides a dark secret of her own.

Examining the divide between generations, between mothers and daughters, this emotionally charged novel asks whether we can ever truly understand another, however close our ties.

Welcome to my stop on the blog tour for Ribbons In Her Hair! I have a guest post from the author to share today.

The inspiration to write ‘Ribbons in Her Hair’ came from a conversation.

I saw a little girl with her hair tied up in a red ribbon and commented to the person that I was with that I remembered when I used to have ribbons in my hair. I said something like, ‘Those were the days.’ My companion, and I don’t want to say anything that might identify them, told me sadly that they’d had never had a ribbon in their hair.

That statement stayed with me and I thought about a little girl who had never had a ribbon in her hair. For me, that simple act represented a bond and I can still remember sitting on a chair as my mother brushed and dressed my hair. In my head, the little girl without the ribbons, became someone who didn’t know what it was like to feel a mother’s love.

I called the girl Susan and she had a story to tell.

I tried to imagine what it would be like to be in a family where your mother doesn’t seem to care if you exist. How would she feel? How might she behave? Then, I started to think about Susan’s mother. I have children of my own and the idea of not hugging them and showing my love for them is very strange to me and I wondered what would make Jean (Susan’s mother) behave the way that she did.

I decided that we needed to hear her side of the story too.

It has been said that my book is about the shame of being an unmarried mother and I suppose that to a certain extent it is, especially in Jean’s case, but for me it’s more about two women who are trying to do the best for their unborn child. They both need to decide whose needs have to be put first. Is it their own or their child’s? The decision they make will shape their adult life and they will both have to live with it and its consequences.

Because of the way that she treated her children I didn’t want to like Jean but when I discovered more about her story I started to sympathise with her. She is as much a product of her upbringing as Susan. She made the only choice she could and when history repeats itself she can only see one way out for her daughter. Is that her fault or society’s?

I tried to show that behind closed doors things are not always as they appear to those on the outside and that even families have secrets from each other.

One thought on “Blog Tour: Ribbons In Her Hair by Colette McCormick”