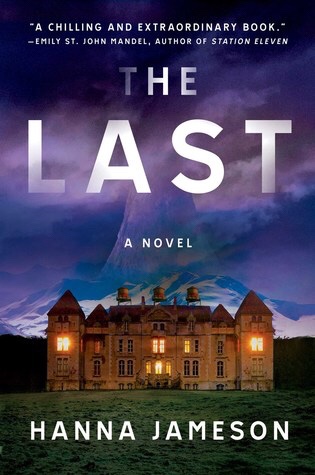 Jon Keller was on a trip to Switzerland when the world ended. More than anything he wishes he hadn’t ignored his wife Nadia’s last message.

Twenty people remain in Jon’s hotel. Far from the nearest city, they wait, they survive.

Then one day, the body of a girl is found. It’s clear she has been murdered. Which means that someone in the hotel is a killer…

As paranoia descends, Jon decides to investigate. But how far is he willing to go in pursuit of justice? And what happens if the killer doesn’t want to be found?

I admittedly don’t read a ton of dystopian novels, but holy hell did this one scare the crap out of me! The main reason? It seemed entirely possible, it wasn’t all that far fetched and made me think, but what if SO many times.

This is told entirely from Jon’s point of view in journal style entries beginning at day one. He’s writing down his own personal experience after nuclear war begins as a way to document events for future generations. I loved the style, parts felt frantic, almost manic especially in the beginning but that made it feel super authentic. Who wouldn’t be feeling crazed when the world as they know it ends? As the days go by and Jon settles into a new way of life he finds his groove and the writing evens out and you begin to get more details about what happened and how a small group ended up at a hotel. The hotel itself was a fantastic setting, you get a locked room feeling coupled with an eerie, unnerving vibe due to the unknown activity outside the hotel and then you also have a murder mystery at play. Really creepy stuff, and again, so terrifying because it’s plausible.

This one raises tons of moral questions and dilemmas, when the end is nigh you see both the best and worst of humanity and it’s full of untrustworthy and unlikable characters lending to its authenticity once again. It definitely makes you think and would be perfect for fans of shows like The Walking Dead, it’s not out for awhile but put this on your radar for next spring!

The Last in three words: Haunting, Unnerving and Creepy.

Special thanks to my girl Chelsea and the publisher for my review copy.

13 thoughts on “Review: The Last by Hanna Jameson”