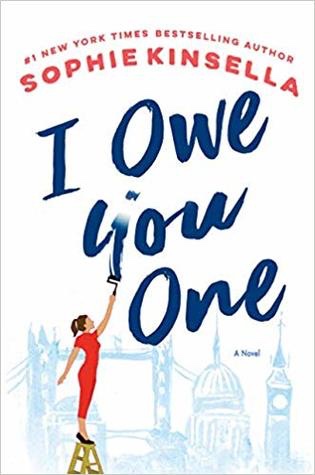 Fixie Farr has always lived by her father’s motto: “Family first.” But since her dad passed away, leaving his charming housewares store in the hands of his wife and children, Fixie spends all her time picking up the slack from her siblings instead of striking out on her own. The way Fixie sees it, if she doesn’t take care of her father’s legacy, who will? It’s simply not in her nature to say no to people.

So when a handsome stranger in a coffee shop asks her to watch his laptop for a moment, Fixie not only agrees—she ends up saving it from certain disaster. Turns out the computer’s owner is an investment manager. To thank Fixie for her quick thinking, Sebastian scribbles an IOU on a coffee sleeve and attaches his business card. But Fixie laughs it off—she’d never actually claim an IOU from a stranger. Would she?

Then Fixie’s childhood crush, Ryan, comes back into her life and his lack of a profession pushes all of Fixie’s buttons. She wants nothing for herself—but she’d love Seb to give Ryan a job. And Seb agrees, until the tables are turned once more and a new series of IOUs between Seb and Fixie—from small favors to life-changing moments—ensues. Soon Fixie, Ms. Fixit for everyone else, is torn between her family and the life she really wants. Does she have the courage to take a stand? Will she finally grab the life, and love, she really wants?

While I’ve been a huge fan of SK for years now her last couple of books haven’t been my favorites, but I will always read her books simply because I’m a huge fan. I’m so happy to say that I Owe You One reignited my love for her and reminded me more of her earlier work.

One thing that I can always count on in a SK book is being able to connect with her characters and this was no exception. Fixie was an adorably flawed heroine and I found her to be genuine and believable. She was quirky enough to be unique but not so out there that you think, no way would anyone really behave like this. The supporting cast was interesting enough, I really liked Fixie’s family with their various antics and their family dynamics made for some funny moments. Her developing relationship with Seb was sweet (if predictable) and the owing each other concept was cute.

I was in the mood for a light and easy read and that’s exactly what this was. There was enough depth of character to keep me engaged but it was funny enough to be a true escape. If you’re a fan of the author you’re in for a treat, her trademark charm is in full effect here!

I Owe You One in three words: Sweet, Uncomplicated and Engaging.

5 thoughts on “Review: I Owe You One by Sophie Kinsella”