I’m delighted to be the last stop for the blog tour for Show Me How by Molly McAdams. 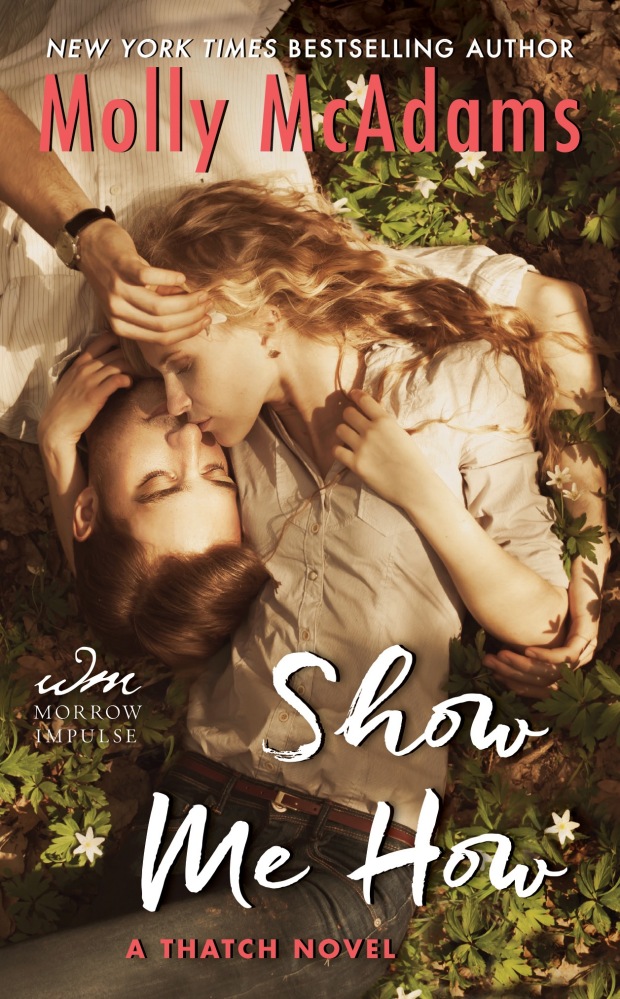 After her first love was ripped from her grasp four years earlier, Charlie Easton was sure she would never be able to trust anyone with the shattered pieces of her heart again. That is, until Deacon Carver forces himself into her life, and makes those pieces swirl in chaos. But Charlie doesn’t know how to let him in… until a stranger stumbles upon a notebook filled with her innermost secrets, and shows her how.

Deacon Carver is known for sleeping his way through the town of Thatch, as well as the surrounding cities—something he used to take pride in. But that persona has haunted Deacon ever since he decided to leave that life behind for the girl he wants more than anything: Charlie Easton.

But when another girl falls into Deacon’s life, allowing him to be himself without judgment for his past, will their conversations hinder his relationship with Charlie … even if he’s never seen her?

Show Me How is available now at the following retailers:

1. How did you get started writing? Was it something that you’ve always loved?

I actually just started writing out this dream that I’d had, because it was driving me crazy and taking up so much of my time. And then I kept thinking about what happened before the dream ever began, and what would’ve happened had I not woken up when I did. Next thing I knew, it was a full-length novel. But writing was definitely not something I had ever wanted to do, growing up. I actually hated reading, and had failed out of a creative writing course in college!

2. Who are your favorite writers/inspirations?

Oh my goodness, there are so many writers I absolutely love! A.L. Jackson is one of my all-time favorites, and biggest inspiration! Other favorites include Stephenie Meyer, Sarah J Maas, Mary E. Pearson, & Renee Ahdieh.

3. What’s the best compliment that you’ve received about your work?

When someone who has gone through that situation exactly—i.e. Taking Chances, From Ashes, Letting Go, To The Stars—has e-mailed me to let me know that they went through an identical situation, and my story helped them feel like they could move past it when they felt trapped in the past by what had happened.

4. Favorite character from one of your own novels?

It changes all the time. But over the last week, my readers and I have been talking about Trent Cruz from Deceiving Lies over, and over, and over again. It doesn’t help that his clone was in my house delivering furniture the other day. So for this week, we’ll say Trent Cruz.

Molly grew up in California but now lives in the oh-so-amazing state of Texas with her husband, daughter, and fur babies. When she’s not diving into the world of her characters, some of her hobbies include hiking, snowboarding, traveling, and long walks on the beach … which roughly translates to being a homebody with her hubby and dishing out movie quotes. She has a weakness for crude-humored movies and fried pickles, and loves curling up in a fluffy comforter during a thunderstorm … or under one in a bathtub if there are tornadoes. That way she can pretend they aren’t really happening.

3 thoughts on “Blog Tour/Q & A/Giveaway: Show Me How by Molly McAdams”