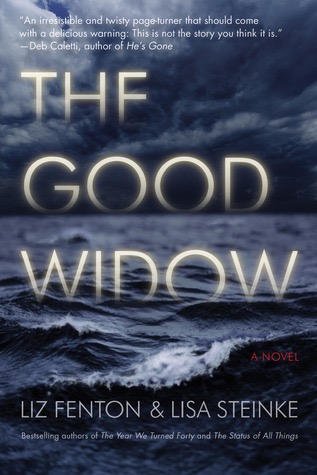 Elementary school teacher Jacqueline “Jacks” Morales’s marriage was far from perfect, but even in its ups and downs it was predictable, familiar. Or at least she thought it was…until two police officers showed up at her door with devastating news. Her husband of eight years, the one who should have been on a business trip to Kansas, had suffered a fatal car accident in Hawaii. And he wasn’t alone.

For Jacks, laying her husband to rest was hard. But it was even harder to think that his final moments belonged to another woman—one who had left behind her own grieving and bewildered fiancé. Nick, just as blindsided by the affair, wants answers. So he suggests that he and Jacks search for the truth together, retracing the doomed lovers’ last days in paradise.

Now, following the twisting path of that fateful road, Jacks is learning that nothing is ever as it seems. Not her marriage. Not her husband. And most certainly not his death…

If you’re looking for a perfect, super addictive, summer read you can thank me now because I found it for you! The Good Widow was a highly entertaining, twisty read that is ideal for reading poolside, bonus points if you can read it on the beach. I had planned on reading it when I go to Mexico next month, but I’m bringing my kids and just knew it wouldn’t happen. I’m so glad I read it early, it was an ignore your family type of read, one where you cannot put it down until you finish.

It opens with a fantastic prologue, an unknown couple is cruising in Hawaii and she has a secret. But what is she hiding? Why is she so scared to tell him (whoever he is?) I was obsessed with getting the answers to these questions, hooked after two pages. We skip to After where Jacks is getting the devastating news that her husband died in a car accident. He had been traveling for work, but the cops inform her he wasn’t in Kansas like he told her, he was in Hawaii, with another woman named Dylan.

I loved Jacks and felt so awful for her, first she loses her husband, then on top of trying to deal with her grief and heartache, she realizes she didn’t really know James at all. When Nick contacts her and suggests making their own trip to Hawaii, she accepts, though she’s hesitant. She needs closure and hopes this is the key. As she starts to find some answers she also discovers that she has more questions as well.

There are also Before chapters narrated both from Jacks and Dylan. I loved how you slowly find out more about how Dylan and James began their affair and you also find out more about James and Jacks relationship. Their marriage was far from perfect, it shows an ugly, hidden side and things eventually start to form a clear picture. The pacing is spot on and relentless as you follow both women and try to figure out where it all went wrong.

It all culminates in an explosive manner with a pretty shocking twist, I sure didn’t see it coming! I had one of those gut punching, breathtaking moments where I had to stop for a second and soak it all in. This is perfect for fans of The Marriage Lie and Everything We Keep, if this is the dynamic duo’s first (impressive) foray into suspense I’m SO excited to see what they come up with next.

Thanks to Kathleen at Goldberg McDuffie for my review copy.

24 thoughts on “Review: The Good Widow by Liz Fenton and Lisa Steinke @LizandLisa”