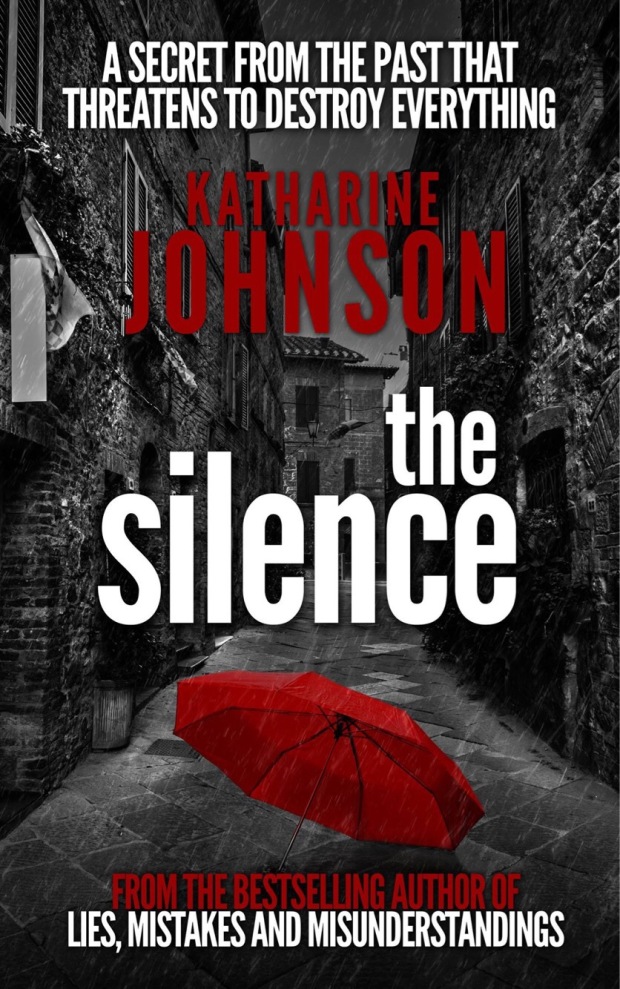 Doctor Abby Fenton has a rewarding career, a loving family, an enviable lifestyle – and a secret that could destroy everything.

When human remains are discovered in the grounds of an idyllic Tuscan holiday home she is forced to confront the memories she has suppressed until now and relive the summer she spent at the villa in 1992. A summer that ended in tragedy. The nearer she gets to the truth the closer she comes to losing her sanity.

In order to hold onto the people she loves most, she must make sure they never discover what she did. But the reappearance of someone else from that summer threatens to blow her secret wide open.

Welcome to my stop on the blog tour for The Silence! 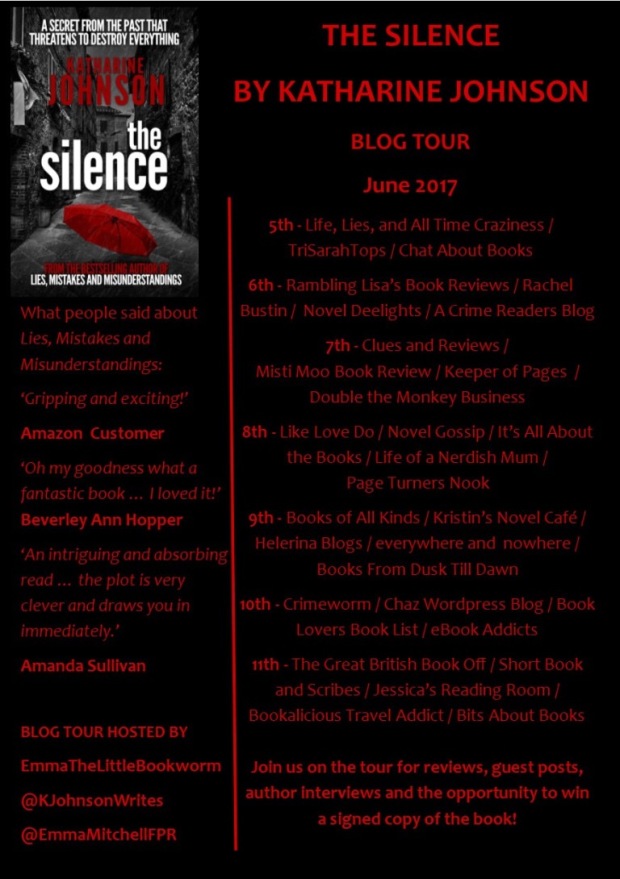 This is told partly in the present day and partly in flashbacks to a summer in Italy in 1992 through the eyes of Abby. She was a teenager when she was sent to spend some time with her aunt and uncle after her mother passed away and it’s clear from the start that something tragic happened, but what actually occurred is detailed much later. What was unique about this was that Abby herself only has a fuzzy recollection of the events of that time and she’s done her best to bury it all. She’s now a successful doctor and she’s married and has two daughters, so when the secrets of that summer threaten to come to light, she’s desperate to keep them buried.

Abby was a pretty unlikable person and she made quite a few questionable decisions, but with the scenarios she was dealing with, I can’t totally judge her. It’s the classic case of lies and betrayals creeping out of the dark and when I finally found out what she was hiding, I could better understand why she was so erratic in her behavior. The character development was solid, as the story progressed the layers were peeled back revealing true motivations and what brought them to make particular choices. If you like reading the sort of books that feature a protagonist unraveling at the seams with some twists and turns along the way, then you may like this one. Katharine Johnson is a freelance writer and editor and has worked for a variety of magazines. She has a passion for crime novels, old houses and all things Italian (except tiramisu). She grew up in Bristol and has lived in Italy. She currently lives in Berkshire with her husband, three children and madcap spaniel. When not writing, she plays netball badly and is a room guide in a stately home. The Silence, a psychological/coming of age story set in Tuscany will be published on June 8th.   For Katharine’s latest news, writing advice, book releases and gossip follow her on  twitter @kjohnsonwrites Facebook.com/katharinejohnsonauthor website/