In 1934, a rabbi’s son in Prague joins a traveling circus, becomes a magician, and rises to fame under the stage name the Great Zabbatini just as Europe descends into World War II. When Zabbatini is discovered to be a Jew, his battered trunk full of magic tricks becomes his only hope of surviving the concentration camp where he is sent.

Seven decades later in Los Angeles, ten-year-old Max finds a scratched-up LP that captured Zabbatini performing his greatest tricks. But the track in which Zabbatini performs his love spell—the spell Max believes will keep his disintegrating family together—is damaged beyond repair. Desperate for a solution, Max seeks out the now elderly, cynical magician and begs him to perform his magic on his parents. As the two develop an unlikely friendship, Moshe discovers that Max and his family have a surprising connection to the dark, dark days the Great Zabbatini experienced during the war.

Recalling the melancholy humor of Isaac Bashevis Singer and the heartbreaking pathos of the film Life is Beautiful—this outstanding first novel is at once an irreverent yet deeply moving story about a young boy who believes in magic and a disillusioned old man who believes in nothing, as well as a gripping and heartfelt tale about the circle of life.

Welcome to my stop on the blog tour for The Trick! To follow along with the rest of the tour check out TLC Book Tours.

I love a good tale about an unlikely friendship and the relationship between Moshe and Max is about as unlikely as it gets. Moshe AKA Zabbatini is a cantankerous old man with nothing much left to live for and no desire to hang out with a child. Max is a ten year old boy suffering through his parents separation and he honestly broke my heart. While Max was a likable little guy, Moshe was not, he was foul, crude and cranky but somehow the old geezer wormed his way inside my heart anyway. Likable or not, these two were memorable and had one of those rare relationships born of desperation and hope.

This flips back and forth between present day and the past so rather than classify it as literary fiction, I would call it historical as well and that was one of my favorite parts of this book. Moshe lived an incredible life and it was fascinating to see what shaped him into the person he was at eighty eight. This was a tender, bittersweet story that tugged on my heartstrings and left a lasting impression in the end. Recommended for HF lovers and those who enjoy the type of book that transports you to a different place and time and also gives some good life lessons along the way.

Quick side note, I’m hosting a giveaway on Instagram for a chance to win a copy of this book! 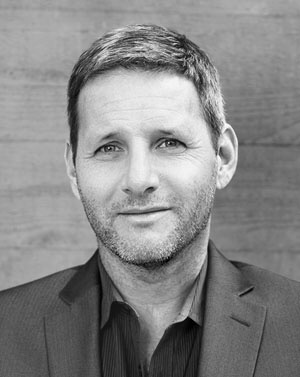 Emanuel Bergmann was born in Germany and is a journalist and translator. He has been living in Los Angeles since 1990. His first novel, The Trick, is an international bestseller.

8 thoughts on “Blog Tour: The Trick by Emanuel Bergmann”