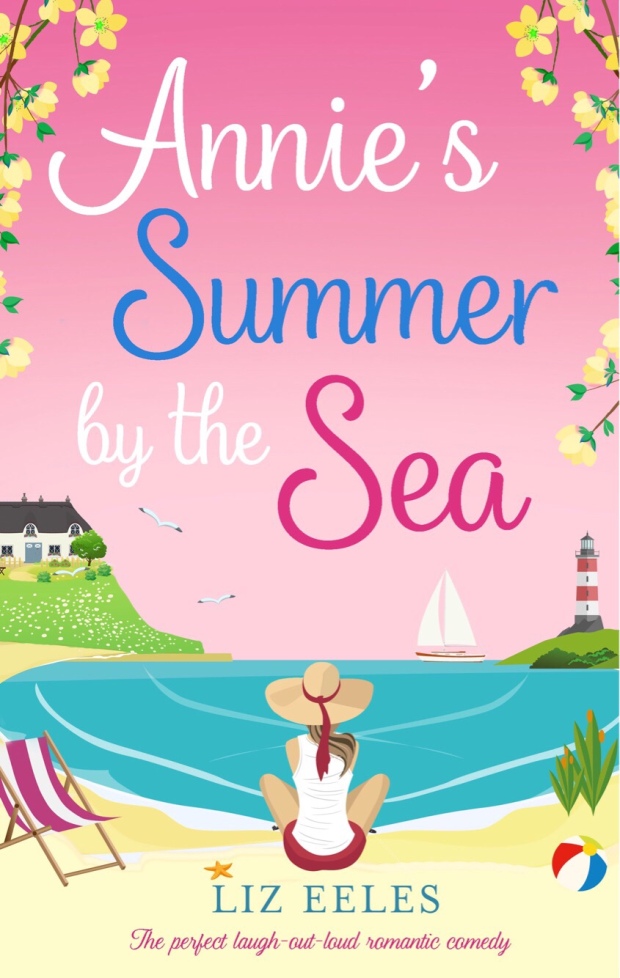 Fans of Jenny Oliver, Cathy Bramley and Debbie Johnson will love this hilarious and heart-warming romantic comedy! A storm is brewing on the stunning Cornish coast – but will sunshine follow the rain?

When Annie Trebarwith unexpectedly inherits Tregavara House, her much-loved family home atop the cliffs of Salt Bay, she begins to wonder: with all the good friends and warm memories she’s made in the village, could it be her forever home?

Luckily her gorgeous Poldark-lookalike boyfriend, Josh Pasco, has exactly the same idea. High on the Cornish cliffs he gets down on one knee, and Annie has everything she’s ever dreamed of.

But when a summer storm causes catastrophic damage to the beautiful but aging house, Annie and Josh are faced with tumbling tiles and a massive repair bill – and a roof that’s leaked straight onto her wedding gown…

Can the Salt Bay community save Annie’s house and her wedding – and give Annie the happy-ever-after she’s always wanted?

I’m so excited to be one of the stops on the blog blitz for Annie’s Summer by the Sea today!

Over the past year or so I’ve fallen in love with Liz Eeles writing and this adorable series that follows Annie as she relocates to the quaint little village of Salt Bay. As much as I was eager to read this final installment and see how Annie and Josh’s story would end it was bittersweet saying goodbye to these characters who feel like friends.

Annie’s transformation since the first book is amazing, Eeles took her on quite the personal journey. The supporting characters also went through many changes and I think this was the most emotional book in the series by far. There is still plenty of humor and lighthearted moments to be found, but there are several moving storylines as well that touched me.

I’m someone that appreciates a neat and tidy ending and the epilogue in this book was utter perfection! This is just such an ultimately satisfying series and one I highly recommended to anyone who wants a light, easy and funny read.

Annie’s Summer by the Sea in three words: Carefree, Sweet and Emotional.

Liz began her writing career as a journalist and press officer before deciding that she’d rather have the freedom of making things up as a novelist.

Being short-listed in the Corvus ‘Love at First Write’ competition and the Novelicious search for a new women’s fiction star gave Liz the push she needed to keep putting pen to paper …. and ‘Annie’s Holiday by the Sea’ (her first published novel) is the result.

Liz lives on the South Coast with her family and, when she’s not writing, likes to spend time walking by the sea, and trying to meditate. Her ambition is to be serene one day …. she’s still got a long way to go.

3 thoughts on “Review: Annie’s Summer by the Sea by Liz Eeles @lizeelesauthor @bookouture”