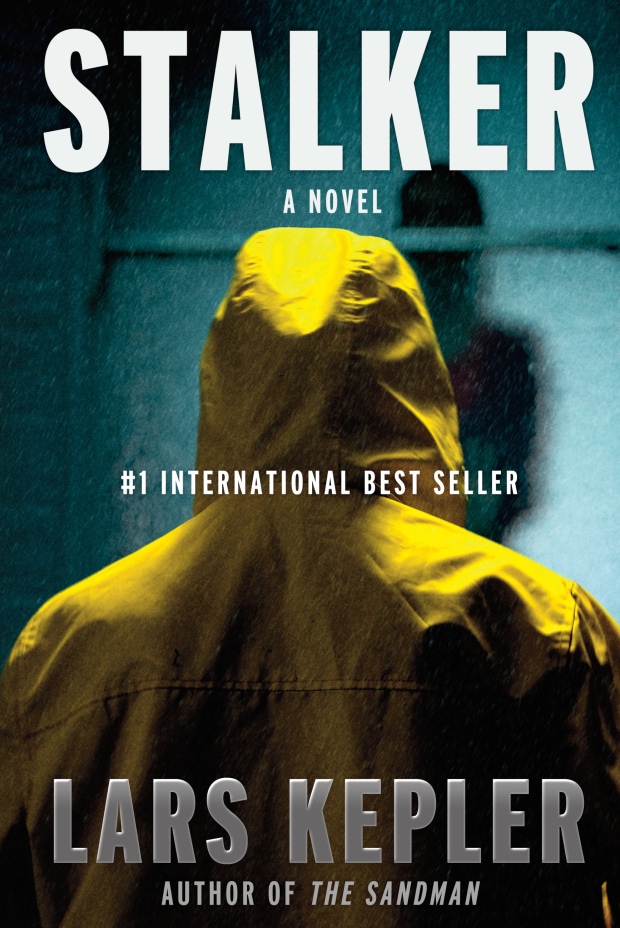 The Swedish National Crime Unit receives a video of a young woman in her home, clearly unaware that she’s being watched. Soon after the tape is received, the woman’s body is found horrifically mutilated. With the arrival of the next, similar video, the police understand that the killer is toying with them, warning of a new victim, knowing there’s nothing they can do. Detective Margot Silverman is put in charge of the investigation, and soon asks Detective Joona Linna for help. Linna, in turn, recruits Erik Maria Bark, the hypnotist and expert in trauma, with whom Linna’s worked before. Bark is leery of forcing people to give up their secrets. But this time, Bark is the one hiding things.
Years before, he had put a man away for an eerily similar crime, and now he’s beginning to think that an innocent man may be behind bars–and a serial killer still on the loose. . .

I’m so excited to be helping to kick off the blog tour for Stalker today!

I jumped into this series last year and read the fourth book, The Sandman and was completely blown away by how fantastic it was, but also so happy that I was easily able to jump in at the point with absolutely no issues whatsoever. This one picks up shortly after The Sandman ends and if you’ve read that one, then you already know what an epic ending that had and I was so excited to catch up again. All of that to say, if you’re gonna jump into this series I highly recommend doing what I did and start with Sandman and then this one, they’re both must reads for Crime Fiction fans.

Stalking is a popular concept for many books, TV shows and movies, but I’ve never met a more creepy and calculated stalker than the one in this book. This guy makes Joe from You look like a harmless kid with his first crush who does some basic social media stalking, I’m not kidding. The videos the police receive as a taunt are just snapshots of women going about their ordinary daily lives and that’s what made this all the more chilling. Women getting dressed or undressed, eating doing any of the normal things we all do in our homes but someone is watching their every move. To find out why, and even more importantly, who Kepler leads you down a cleverly crafted road full of stunning revelations and shocking twists.

This installment introduced a few new characters (at least new to me, they may have first appeared in earlier books) and my favorite was Margot. She’s heavily pregnant and determined to close this case before she gives birth and I just loved her fierce determination and willingness to toe the boundaries of the law. Erik was also an interesting character, he uses hypnosis to aid people in recovering from trauma and that’s a concept that’s always piqued my interest. Add in Kepler’s crisp writing style and short, fast paced chapters and I seriously could not put this one down.

I could ramble on forever about how much I enjoyed this one, but I’ll spare you all and just once again urge you to read this if you like smart, sharp stories that are incredibly multilayered full of well drawn characters and a plot that seizes you from page one and ends in an epic finale that will leave you begging for the next book.