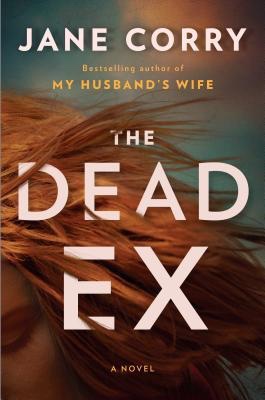 Vicki works as an aromatherapist, healing her clients out of her home studio with her special blends of essential oils. She’s just finishing a session when the police arrive on her doorstep–her ex-husband David has gone missing. Vicki insists she last saw him years ago when they divorced, but the police clearly don’t believe her. And her memory’s hardly reliable–what if she did have something to do with it?

Meanwhile, Scarlet and her mother Zelda are down on their luck, and at eight years old, Scarlet’s not old enough to know that the “game” her mother forces her to play is really just a twisted name for dealing drugs. Soon, Zelda is caught, and Scarlet is forced into years of foster care–an experience that will shape the rest of her life . . .

David’s new wife, Tanya, is the one who reported him missing, but what really happened on the night of David’s disappearance? And how can Vicki prove her innocence, when she’s not even sure of it herself? The answer lies in the connection among these four women–and the one person they can’t escape.

I know many people are kinda over the whole unreliable narrator thing in psychological thrillers but for me, when they’re done well I’m all about it. This one was done incredibly well and the unreliability kept me constantly guessing and then second guessing myself, I just love that!

This is told from a few perspectives, first you have Vicki who suffers from epilepsy and between the seizures she has and the medications she has to take her memory and recollection is hazy at best. Then you have Scarlet, a little girl who is sent to foster care after her mother is sent to jail. It flips back and forth between the two and it also alternates timelines and I really wasn’t sure how they could possibly be connected. When things finally did start to come together it was nothing that I saw coming ahead of time, it was really clever and well executed.

Characterization is Corry’s strong suit, even though Vicki was hard to read in terms of dependability she was very well drawn and extremely interesting. Poor Scarlet broke my heart, she was so little when her mom was locked up and had some rough times. Between the great characters, the strong writing and the twisty storyline I was totally engrossed and eager to see how it would work out in the end, and the conclusion was really strong, the author threw in one more sucker punch of a twist that was utterly satisfying. Highly recommended for fans of psychological thrillers, especially those who like to be left guessing.

The Dead Ex in three words: Addictive, Unpredictable and Engrossing.

6 thoughts on “Review: The Dead Ex by Jane Corry”