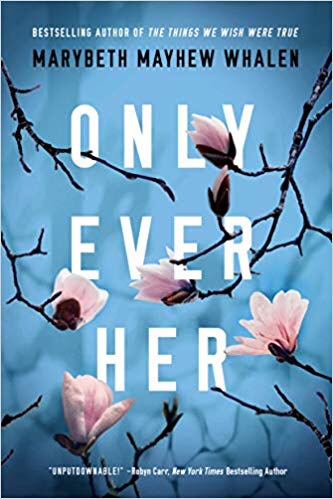 It was to be the perfect wedding—until the bride disappeared.

Annie Taft’s wedding is four days away, and it will be one of the grandest anyone can remember in her small South Carolina town. Preparations are in order. Friends and family are gathering in anticipation. Everything is going according to plan. Except that Annie herself has vanished. Did she have second thoughts?

Or has something much worse happened to the bride-to-be?

As the days pass, the list of suspects in her disappearance grows. Could it be the recently released man a young Annie misidentified as her mother’s killer? Could it be someone even closer to her?

While her loved ones frantically try to track her down, they’re forced to grapple with their own secrets—secrets with the power to reframe entire relationships, leaving each to wonder how well they really knew Annie and how well they know themselves.

What is it about small southern towns that appeals to me so greatly?! Throw in a light mystery and a whole bunch of secrets and I’m all in!

The characters are the driving force in this, much as was the case in her previous book, When We Were Worthy, and there’s just something about a character driven tale that speaks to me in a deep way. This one focuses a lot on community and how people come together and support each other during hard times and there are several perspectives that offer you a birds eye POV of what’s really going on in the town, and there is an awful going on. My favorite two characters were Annie’s aunt Faye and her cousin Clary, Faye was larger than life and so loving and Clary was quirky and wildly unique.

This starts out on the slower side but if you look at it like a slow unraveling of both the book itself and the mystery, I think you’ll be satisfied in the end because I sure was. Recommended to fans of character driven stories about life during hard times told with plenty of heart.

Only Ever Her in three words: Heartfelt, Endearing and Subtle

3 thoughts on “Review: Only Ever Her by Marybeth Mayhew Whalen”