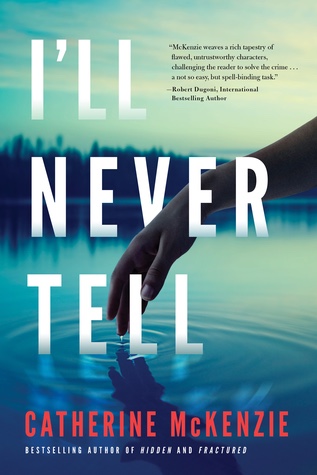 What happened to Amanda Holmes?

Twenty years ago, she washed up on shore in a rowboat with a gash to the head after an overnight at Camp Macaw. No one was ever charged with a crime.

Now, the MacAllister children are all grown up. After their parents die suddenly, they return to Camp to read the will and decide what to do with the prime real estate it’s sitting on. Ryan, the oldest, wants to sell. Margo, the family’s center, hasn’t made up her mind. Mary has her own horse farm to run, and believes in leaving well-enough alone. Kate and Liddie—the twins—have opposing views. And Sean Booth, the family groundskeeper, just hopes he still has a home when all is said and done.

But then the will is read and they learn that it’s much more complicated than a simple vote. Until they unravel the mystery of what happened to Amanda, they can’t move forward. Any one of them could have done it, and all of them are hiding key pieces of the puzzle. Will they work together to solve the mystery, or will their suspicions and secrets finally tear the family apart?

I’ve been of fan of the author for the past few years and I’m beginning to realize that she is one of those rare writers who gets better with each new book. There’s an assuredness to her writing style, that combined with her ability to come up with fresh and unique storylines always hooks me.

This is told via multiple perspectives, all the members of the MacAllister family and over the course of one weekend as they reunite at their families camp to hear what their parents will states. You also get several flashback chapters from Amanda from twenty years ago that slowly reveal what happened to her. Past and present timelines usually work well for me and CMK is especially skilled at slowly leading the reader down one path only to throw you off course several times before the end.

This family is pretty damn dysfunctional and I can’t say that I truly liked any of them but damn were they interesting! They all had tons of secrets and none were very close to each other making it very hard to guess where loyalties lied. Since the whole book is set at Camp it had a really cool locked room vibe, really atmospheric, not necessarily super creepy, but definitely a strong sense of place that added to the tension of the plot. The end was super solid with lots of surprises and I was super satisfied!