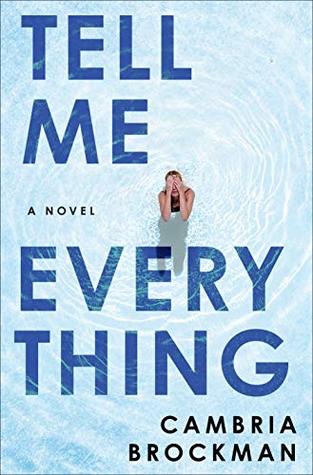 In her first weeks at Hawthorne College, Malin is swept up into a tight-knit circle that will stick together through all four years. There’s Gemma, an insecure theater major from London; John, a tall, handsome, and wealthy New Englander; Max, John’s cousin and a shy pre-med major; Khaled, a wise-cracking prince from Abu Dhabi; and Ruby, a beautiful art history major. But Malin isn’t quite like the rest of her friends. She’s an expert at hiding her troubling past. She acts as if she is concerned with the preoccupations of those around her – boys, partying – all while using her extraordinary insight to detect their deepest vulnerabilities and weaknesses.

By Senior Day, on the cusp of graduation, Malin’s secrets – and those of her friends – are revealed. While she scrambles to maintain her artfully curated image, her missteps set in motion a devastating chain of events that ends in a murder. And as their fragile relationships hang in the balance and close alliances start shifting, Malin will test the limits of what she’s capable of to stop the truth from coming out.

I love a mysterious book that follows a group of tight knit friends, and for bonus points this was set in a New England college town, which is always a plus for me! While I did think this would be a bit more thrillerish than it was I was still really into the mystery at play here and overall enjoyed this one.

This is told solely from Malin’s viewpoint but it does have a few timelines. First is during her and her friends senior year, next is their freshman year when they all meet and lastly is in the late nineties when she was a child. This wasn’t a page turner in the typical way as it was a character driven story with no big shocks, however it was still pretty dang engrossing even without a bunch of crazy twists and turns and I liked that it didn’t rely only on shock value to keep me engaged.

The best way I can describe this one without ruining anything is to say that it’s a slow and deliberate unraveling of a group of very close friends that is very well written and surprisingly pacey for such a slow burn. Definitely recommended by me if you like a sophisticated feeling mystery!

One thought on “Review: Tell Me Everything by Cambria Brockman”