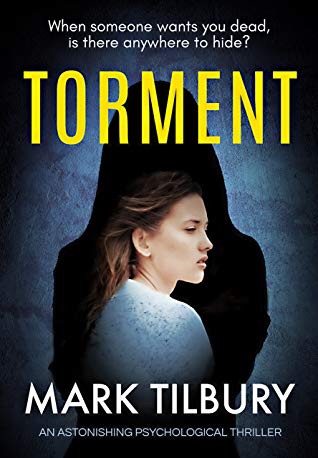 Who can you really trust?

Beth couldn’t be happier. She is eight weeks pregnant and married to the man of her dreams. But after returning home from a celebratory meal, she finds a wreath from her sister’s grave hanging above the bed and a kitchen knife embedded in her pillow. There are no signs of a forced entry. Nothing is stolen. And no one other than the cleaner has a key to the house.

Then a campaign of terror begins. Beth becomes increasingly paranoid as it becomes clear that someone close to the family is behind these disturbing events.

But who would want Beth dead?

Does the past hold the clue?

And can Beth find the answer before it’s too late?

Torment is a story of misplaced loyalty, revenge and sacrifice. 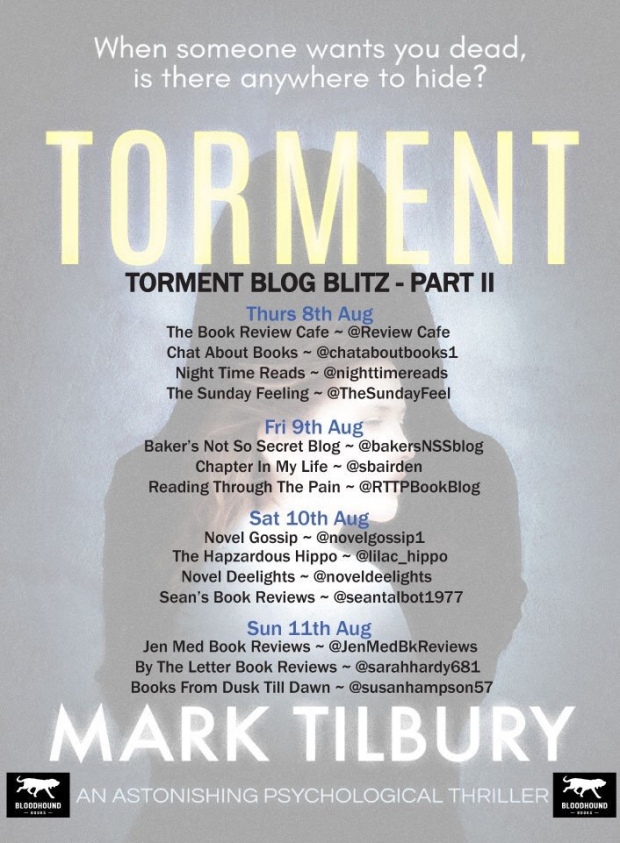 When I’m in the mood for a fast paced, dark and twisted thriller I know I can always count on a Mark Tilbury book to deliver and this was no exception. I swear his books are all unputdownable, once I start I’m instantly sucked in and I have a hard time stopping for anything!

One of my favorite things about this one was that it was nonstop action, even in the more sedate parts of the story there was always a feel that something more was about to happen, there was a sense of menace and danger always lurking around the corner. Or the next page haha but seriously it was such an unsettling read, Beth was basically on pins and needles throughout which also made me anxious, a sure sign of a good psychological thriller.

This was definitely both twisted and twisty, Tilbury never shies away from exploring the dark and depraved depths of humanity, if you like very bold and dark crime reads you have to try his books. While I did predict a couple of the smaller twists, I definitely didn’t have everything worked out in the end, which was both clever and a bit shocking. Definitely recommended by me, but again it’s dark, don’t read this late at night.

One thought on “Review: Torment by Mark Tilbury @MTilburyAuthor”