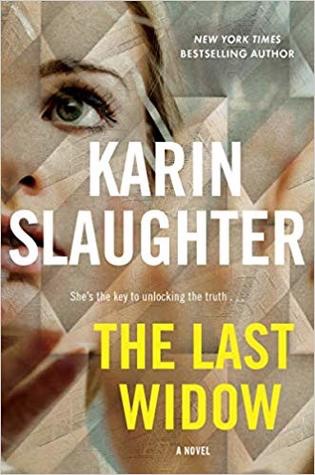 On a hot summer night, a scientist from the Centers for Disease Control is grabbed by unknown assailants in a shopping center parking lot. Vanished into thin air, the authorities are desperate to save the doctor.

One month later, the serenity of a sunny Sunday afternoon is shattered by the boom of a ground-shaking blast—followed by another seconds later. One of Atlanta’s busiest and most important neighborhood’s has been bombed—the location of Emory University, two major hospitals, the FBI headquarters, and the CDC.

Medical examiner Sara Linton and her partner Will Trent, an investigator with the Georgia Bureau of Investigation, rush to the scene—and into the heart of a deadly conspiracy that threatens to destroy thousands of innocent lives. When the assailants abduct Sara, Will goes undercover to save her and prevent a massacre—putting his own life on the line for the woman and the country he loves.

It’s been almost three years since the last book in this series was released and while the wait felt SO long, it was worth it! Since I’m such a huge, super fan of this series one of the questions I get asked the most is, can these books be read as standalones? Short answer is sure, you would probably be fine. Long answer is, no because it’s such a fantastic series and the characterization is so phenomenal that you probably wouldn’t like it as much as I do. I have such a strong attachment to these characters and there’s just no way to develop that bond with one book. I would definitely recommend starting back at the beginning of the Grant County series and then starting this one. It’s only something like fifteen books total, no sweat 🤪

The second question I always get about KS books is, are all of her books as dark, graphic and disturbing as Pretty Girls? While this particular book may not be quite as brutal as PG you have to understand that the darkness is part of the authors trademark style. Her books are for crime readers that like bold storylines and super descriptive scenes, but I always want to point out that the parts with a lot of violence or trigger worthy stuff aren’t added to the story just for shock value. It’s always handled in the most thoughtful, respectful manner and isn’t gratuitous or unnecessary at all. Do her books always shock and disturb me? Hell yes, but I’ve come to expect and appreciate it and I don’t think any other author I’ve ever read manages to pull this off quite like she does 👑

This is frighteningly timely and so authentic feeling, the case Will and Sara are working could be ripped directly from the headlines and as good as it was, it scared the shit out of me as well because it could truly happen. Besides a totally gripping plot, you have one of my favorite book couples in total peril, Sara was abducted by some serious crazies and seeing things from their separate viewpoints was harrowing and heartbreaking. Throw in a third POV from Faith and the usual shenanigans from Will’s boss, Amanda and you have the ultimate recipe for one hell of a read. I can’t recommend this book (or series) highly enough. It was so good I’m in a slump now because nothing else is even close to being this good 😫

The Last Widow in three words: Harrowing, Bold and Gripping.

7 thoughts on “Review: The Last Widow by Karin Slaughter #slaughtersquad”