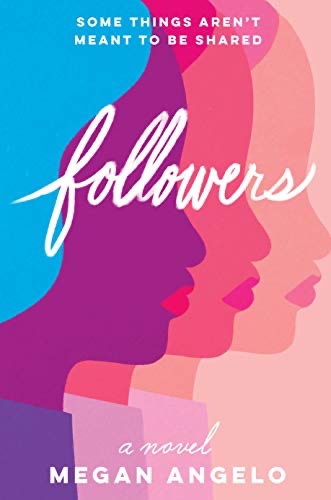 An electrifying story of two ambitious friends, the dark choices they make and the profound moment that changes the meaning of privacy forever.

Orla Cadden dreams of literary success, but she’s stuck writing about movie-star hookups and influencer yoga moves. Orla has no idea how to change her life until her new roommate, Floss―a striving, wannabe A-lister―comes up with a plan for launching them both into the high-profile lives they so desperately crave. But it’s only when Orla and Floss abandon all pretense of ethics that social media responds with the most terrifying feedback of all: overwhelming success.

Thirty-five years later, in a closed California village where government-appointed celebrities live every moment of the day on camera, a woman named Marlow discovers a shattering secret about her past. Despite her massive popularity―twelve million loyal followers―Marlow dreams of fleeing the corporate sponsors who would do anything, even horrible things, to keep her on-screen. When she learns that her whole family history is a lie, Marlow finally summons the courage to run in search of the truth, no matter the risks.

Followers traces the paths of Orla, Floss and Marlow as they wind through time toward each other, and toward a cataclysmic event that sends America into lasting upheaval. At turns wry and tender, bleak and hopeful, this darkly funny story reminds us that even if we obsess over famous people we’ll never meet, what we really crave is genuine human connection.

Man this one was addictive, I usually only think of that word to describe a book when I talking about a thriller, and while this definitely had some mystery and intrigue it was not a thriller. Either way, this one sucked me right in and had me captivated for sure!

There are two timelines here, 2015 and 2051 and I was equally drawn to both, though if I was pushed I was maybe slightly more invested in the future chapters. It was enough of a time jump to feel futuristic but it wasn’t so far ahead of present day that I was disconnected. You can almost imagine what the world would look like then and if it’s anything like the world Angelo creates its simultaneously fascinating and horrifying. For a good portion of the book the timelines seem unrelated but nothing is at it seems and that’s all I’ll say. Things took a turn, a turn I loved and by that point I was beyond hooked.

My only super minor complaint is that it did feel a tad bit too long, I’m not exactly sure what could’ve been cut but it did drag just a little at times so some pages probably could’ve been chopped. Sometimes I’m impatient though so take that with a grain of salt because beyond that this one was incredibly well written, fresh and compelling. Super impressed this is a debut and looking forward to what the author does next.