‘I’m not your mother. You’re a monster. I don’t want you’
Women who gave a child up for adoption are being killed. A knock at their front door begins a nightmare from which they will never wake up.
For Detective Ruby Preston and her team, it is a race against time to connect the dots before the killer can strike again. But when Ruby receives a sinister email, the case takes a terrifying personal twist.
Could the clues to the identity of the killer lie in Ruby’s own past?
Who can she trust with her secrets?
And could Ruby be next? 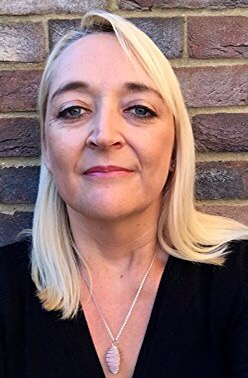 A former police detective, Caroline has worked in CID and specialised in roles dealing with vulnerable victims, high risk victims of domestic abuse, and serious sexual offences. Originally from Ireland, Caroline lives with her family in a pretty village on the coast of Essex. She now writes full time.

Published by Bookouture, her DC Knight crime thriller series reached the number one position in the Amazon crime charts. Love You To Death, the first in her new series featuring DS Ruby Preston is due for publication 11th November 2016.
Her new psychological thriller, Witness, is published with Thomas & Mercer and due for publication 20th December 2016.

I’m thrilled to be one of the stops on the blog tour for Caroline Mitchell’s latest book, Love You To Death. This is the start to a new series featuring Ruby Preston and holy hell, this series sure started off with a bang! The tension was so palpable that I was holding my breath and had to remind myself to just breathe!

I throughly enjoyed getting acquainted with Ruby, she’s a character that can most definitely carry a series, she’s hotheaded, determined, and I absolutely loved her, flaws and all. I really liked that this book immediately delved into her personal life. Often in a series you have to wait for that, and I appreciated digging a bit into her background straightaway. Besides juggling the responsibilities of being a police detective, Ruby has a mother in a care home and a twisty and tangled love life. Her relationship with her ex, Nathan was fascinating especially as they’re on opposite sides of the law. There is much to explore here as the series continues, and plenty of juicy material to work with as Mitchell dropped some interesting hints and peeks into their past.

Onto the case;  women are being murdered and not just any women, but those who gave a child up for adoption. I’ve mentioned plenty of times how much I love a good female serial killer book, and though I’ve read some really fantastic books featuring them, I think Lucy takes the cake for being hands down, the most menacing and nuttiest of the bunch. My God she’s creepy as all get out and for those of you that have already had the pleasure of reading this, you’ll understand why I’m not quite as eager as I was previously about putting up my Christmas tree. I think I’ll be reminded of Lucy whenever I look at my tree, which scares the daylights out of me, maybe I’ll try to think of Mitchell instead, that’s a far more pleasant option. Really though, Lucy is a brilliantly twisted individual who will stop at nothing to act out a sick fantasy that she’s created.

This was so fast paced that I felt like I was traveling at break neck speed. Mitchell’s superb writing style and ability to create complex characters with engrossing motivations is unparalleled. Ruby’s personal connection to the case added even more depth and tension to the plot making it truly unputdownable. I know that’s a word that gets thrown around quite a bit but it really is fitting here. I cannot wait to see what is in store next for Ruby Preston and team and I’ll be anxiously awaiting the next installment in this series.

Be sure to check out the other stops on the tour!

19 thoughts on “Blog Tour: Love You To Death by Caroline Mitchell @caroline_writes @bookouture”