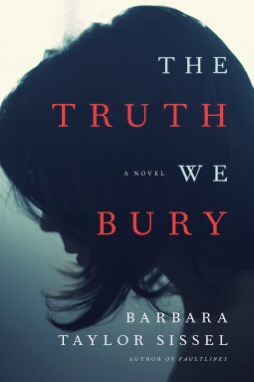 In this intense, multilayered domestic drama, two families become entangled in a web of lies, secrets, and betrayal that results in an act of violence so shocking their love may not survive.
On the outside, Lily Isley’s life seems perfect: a wealthy husband, a ritzy gated community in Dallas, and a handsome son, AJ—a decorated marine about to be married to his love, Shea. But when a bridesmaid is murdered in AJ’s apartment and he can’t be found, Lily’s world collapses and a long-held family secret is at risk of exposure.
Dru Gallagher’s life took a different course. After her ex-husband, suffering from post-traumatic stress, threatened her and her daughter, Shea, with a shotgun, Dru was forced to leave her marriage and forge ahead as a working-class single mom. Now, the anger she sees in war veteran AJ’s eyes is heartbreakingly familiar—and makes Dru deeply afraid for her daughter’s safety…especially after Shea’s best friend and maid of honor is found dead.
With a killer on the loose and time running out, Lily and Dru, two very different women, unite in a single goal: to save their precious children from scandal, even from death. But will the mothers’ protection be enough, or will the fateful secret they expose—and the truth it reveals—destroy every hope of love?

I had high hopes for this book, I love a good domestic suspense and the premise for this captured my attention easily. I'm so torn about how I actually feel about The Truth We Bury, there were parts I liked and parts I didn't at all, so I'll just explain my stance and let you decide what you think.

There was something compulsive about this book, I read it really fast and it mostly held my attention. The authors writing style was solid and she clearly has a talent. This would be a great read for a book club as there are several themes and issues one could dissect and discuss. One that I really appreciated was the subject of PTSD. It explored how it effects not only those suffering from it, but also how it impacts their families and loved ones. The families whose lives intersect had plenty of secrets and what's a domestic suspense without loads of secrets?!

While all of what I mentioned previously was great, there was something lacking overall that made this an enjoyable read for me. This is told using dual narratives, that of two mothers whose children are engaged. I always like this style, I just felt there needed to be more distinction between their sections here. The characters also fell a bit flat for me, they needed to be more fleshed out and I didn't really care about them all that much which is always a sign that something is missing for me. The pacing was also on the slow side and I would've liked things to be more suspenseful than they were. The premise was solid, there just needed to be more meat, you know what I mean?

Overall, this wasn't a bad read, it just wasn't one of my favorites. It was light, an emotional mystery that I felt was lacking depth. I found it to be pretty predictable and was left wanting more in the end.

10 thoughts on “Review: The Truth We Bury by Barbara Taylor Sissel”