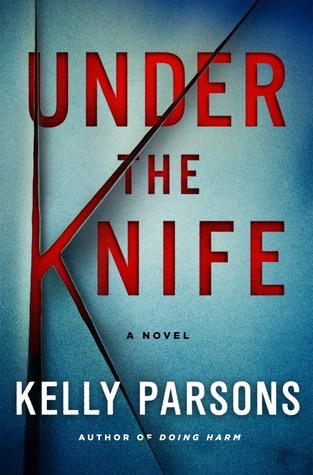 From the author of Doing Harm, a thriller in which a grieving, vengeful husband stalks the surgeon he blames for his wife’s untimely death.

Morgan Finney, a biotechnology tycoon, is a shy, highly intelligent but socially awkward and emotionally fragile man. It was his wife, Jenny, with whom he connected and who enabled him to connect with others. When Jenny dies of complications during a surgery led by Dr. Rita Wu, Finney’s grief turns to rage. He vows to kill Rita just as he believes she killed his wife. But first he will systematically destroy her life. Aided by a mysterious man named Sebastian, Finney uses advanced medical technology to brainwash Rita. He tricks her into ruining her reputation and brings her to the brink of madness. Alone, fighting for her sanity and life, Rita reaches out to ex-lover Dr. Spencer Cameron. Together they uncover Finney’s horrific intentions and race to stop him.

I’m joining in again with Throwback Thursday which was created by my good friend Renee at It’s Book Talk. She started this weekly feature as a way to highlight old favorites and read books that have already been published. I have so many older books on my TBR that get ignored in favor of review copies and I figure participating in Throwback Thursday will help me to read at a least one older title a week!

I haven’t read many medical thrillers and I’m not sure exactly why because the few I’ve read I really enjoyed! There’s something terrifying about the plausibility of these types of books, the idea that it really could actually happen that makes for such a compelling read.

While the initial premise for this was a bit far fetched, (crazy grieving husband turns psycho and takes extreme measures to get revenge on his wife’s surgeon) the actual medical advances seem like something that could possibly happen. It all revolves around an auto surgeon which is basically a super advanced robot that can perform an actual operation on its own. There’s also brainwashing and this totally creeped me out and made for such a sinister read.

Parsons is a solid writer and I really liked that he clearly has a medical background, it was evident in the use of procedures and medical terminology, but it was all basic enough that it wasn’t confusing for an average reader like me. The story unfolds through four separate viewpoints; Rita the surgeon, Finney the grieving husband, Sebastian who works for Finney and Spencer another surgeon who is also Rita’s ex. The pacing was fast and very intense, as it reached the end the narratives really started to blend together seamlessly and became exciting and unbelievably tense. This would be great for fans of standard thrillers who are looking for something different!

16 thoughts on “Throwback Thursday: Under the Knife by Kelly Parsons #TBT”