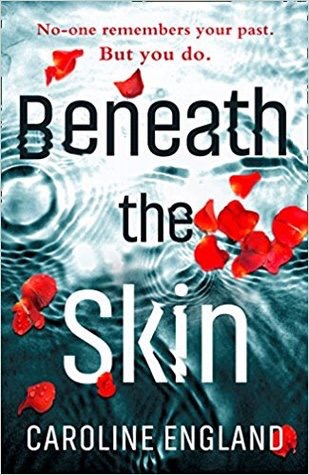 No-one remembers your past. But you do.

‘Antonia, Antonia. My name is Antonia.’

It’s been her name for many years. But sometimes, like tonight, she forgets.

Antonia has a secret. A secret so dark and so deep that she can barely admit it to herself. Instead, she treats herself to Friday night sessions of self-harm while her husband David is at the pub, and her best friend Sophie is drinking too much wine a few doors down.

Nobody close to her knows the truth about what the teenage Antonia saw all those years ago. No-one, that is, except her mother. But Candy is in a care home now, her mind too addled to remember the truth. Antonia is safe. Isn’t she?

The lies start small. They always do. But when the tightly woven story you’ve told yourself begins to unravel, the truth threatens to come to the surface. And then what’s going to happen?

I want to start by saying that I think this book was slightly misleading only because I don’t believe it was marketed correctly, which is unfortunate. It’s billed as a psychological thriller and while I can definitely agree with the psychological aspect it’s not a true thriller by any means. It’s more of a character driven psychological drama with some unexpected developments. Despite having to adjust my expectations once I really got started with this one, I did enjoy it but I just wanted to clear that up for any future readers!

This follows four different couples who all have ties to each other and the story goes back and forth between all of them, weaving in and out rather seamlessly. You have Antonia and David, Sami and Sophie, Charlie and Helen and Olivia and Mike and you’ll like some of them and loathe others, which I always think is entertaining. They were all extremely well crafted, the characterization is really the base of this book and what makes it really good. They have tangled pasts and are harboring their own secrets making for a dark, unpredictable tale.

England is a really talented writer, she has a beautiful writing style with prose that flows and holds your attention. This has super slow building tension that gradually builds up, it’s structured into three parts and once the second part starts things get more intense than they were previously. There were some loose threads in the end that did leave me wanting a bit more, but overall I was pretty satisfied. I would recommend picking this up if you need a break from a typical psychological thriller, I’ve heard this described as a domestic noir and I think that is an apt and fitting label.

6 thoughts on “Review: Beneath the Skin by Caroline England @CazEngland”