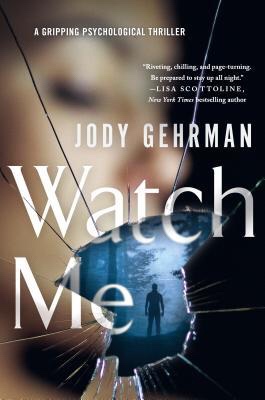 For fans of dark and twisty psychological thrillers, Watch Me is a riveting novel of suspense about how far obsession can go.

Kate Youngblood is disappearing. Muddling through her late 30s as a creative writing professor at Blackwood college, she’s dangerously close to never being noticed again. The follow-up novel to her successful debut tanked. Her husband left her for a woman ten years younger. She’s always been bright, beautiful, independent and a little wild, but now her glow is starting to vanish. She’s heading into an age where her eyes are less blue, her charm worn out, and soon no one will ever truly look at her, want to know her, again.

Sam Grist is Kate’s most promising student. An unflinching writer with razor-sharp clarity who gravitates towards dark themes and twisted plots, his raw talent is something Kate wants to nurture into literary success. But he’s not there solely to be the best writer. He’s been watching her. Wanting her. Working his way to her for years.

As Sam slowly makes his way into Kate’s life, they enter a deadly web of dangerous lies and forbidden desire. But how far will his fixation go? And how far will she allow it?

A gripping novel exploring intense obsession and illicit attraction, Jody Gehrman introduces a world where what you desire most may be the most dangerous thing of all.

Watch Me put a fresh spin on a classic stalker novel, I liked that it had the creepy, unsettling vibes of books like You but that the person being stalked kind of liked it?! As twisted as that sounds it’s true, Kate enjoyed the attention from Sam even as she knew it was seriously messed up. This one was a total one sitting type of read as I was captivated by the forbidden and warped relationship between Sam and Kate.

This is told via dual narratives and it changes back and forth between Sam and Kate with fluidity and ease. Some of Sam’s chapters did become a bit repetitive as his obsession with Kate was literally all he thought about. Kate was a strange one, on the one hand you can see why she was insecure and craving attention but on the other, not only is Sam her student, he’s creepy as all get out and intense to boot. So neither of them are likable but both were endlessly fascinating and the characterization was incredibly well done.

The author nailed the sinister vibe and has a strong, unique voice that worked well for me. The ending wasn’t as strong as I would’ve liked but this was definitely an enjoyable read that left me uneasy and feeling like someone was watching me!

Watch Me in three words: Obsessive, binge worthy and creepy.

6 thoughts on “Review: Watch Me by Jody Gehrman”