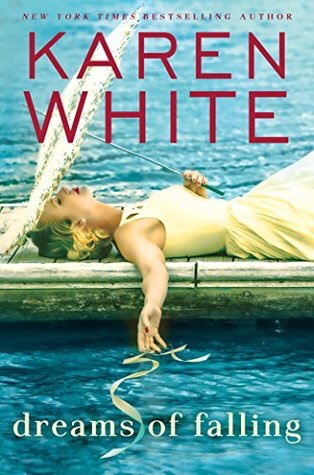 It’s been nine years since Larkin fled Georgetown, South Carolina, vowing never to go back. But when she finds out that her mother has disappeared, she knows she has no choice but to return to the place that she both loves and dreads–and to the family and friends who never stopped wishing for her to come home. Ivy, Larkin’s mother, is discovered in the burned-out wreckage of her family’s ancestral rice plantation, badly injured and unconscious. No one knows why Ivy was there, but as Larkin digs for answers, she uncovers secrets kept for nearly 50 years. Secrets that lead back to the past, to the friendship between three girls on the brink of womanhood who swore that they would be friends forever, but who found that vow tested in heartbreaking ways.

There is something utterly enchanting about the manner in which White weaves a tale, there’s always a little something for every type of reader and Dreams of Falling is no exception. There is family drama, secrets between friends, good old fashioned southern charm, romance and even a historical feel as some chapters flip back to the fifties.

This follows a family of women and the Darlington’s and Margaret Darlington’s two best friends, Ceecee and Bitty. Those two were my favorite, they share a long history and not much of it is happy, but theirs is a friendship based on true loyalty and love which is something you don’t see much of nowadays. They snipe and snark at each other as only old, true friends can and as more of their story was revealed I found myself liking them that much more.

I was never exactly sure what old secrets were trying to come to light, I had some ideas but never had things totally figured out. There was so much pain between these women, loss heartbreak and betrayal, but I loved how they stood by each other and any mistakes they made were done with only the purest of intentions. I think this will be a popular book club choice because it will satisfy so many different readers, if you’re a fan of White I think you’ll enjoy this immensely.

Dreams of Falling in three words: Captivating, Moving and Charming.

Thanks to the publisher and the GTGR Ninja review team for my review copy.

8 thoughts on “Review: Dreams of Falling by Karen White”