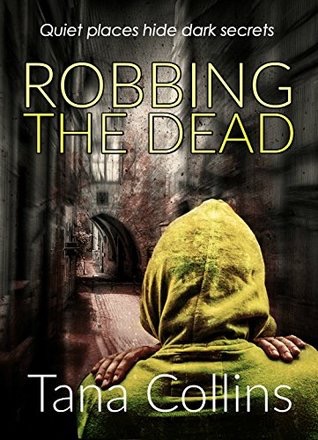 In a small Scottish university town, what links a spate of horrible murders, a targeted bomb explosion and a lecturer’s disappearance? Is a terror group involved? If so, who is pulling the strings? And what does something that happened over forty years ago have to do with it?

Having recently returned to Castletown in the hope of winning back his estranged wife, DCI Jim Carruthers finds himself up to his eyes in the investigation.

Struggling with a very different personal problem, DS Andrea Fetcher assists Jim in the hunt for the murderous perpetrators. To prevent further violence they must find the answers quickly. But will Jim’s old adversary, terror expert McGhee, be a help or a hindrance?

The first in a new series featuring DCI Jim Carruthers.

Happy Wednesday everyone, made it to hump day! I’m so pleased to welcome you to my stop on the Robbing the Dead blog tour.

There are two cases running simultaneously here; first a young man is found beaten to death, then there is a car bombing at a local university. I always love when a book has so much going on, it really captures my interest and maintains it throughout. Though Jim and Andie struggle to tie the cases together initially, it’s soon apparent that there are connections, though they’re tenuous at best. They definitely have a large amount to deal with as the bombing may be linked to a terrorist group and there may even be links to a historical case. As if that isn’t enough to keep them occupied, there are members of the team who are being sloppy and making some pretty heavy mistakes.

I love sinking my teeth into a new series and I’m especially happy if the protagonist is one that I take to straightaway. Both Jim and Andie were easy for me to warm to and I really liked the way they worked together, they had a burgeoning partnership that I’m eager to see more of. They both also had interesting personal backgrounds that humanized them and made me think there will be tons to explore as the series continues. I’m already a fan of this series and as Collins as a debut writer and am anxious for the next book to be released. I think this will appeal to crime fiction fans in general, but with political undertones I also think straight up thriller fans will also be intrigued by this one as it maintained a steady pace and had some great action scenes.

Thanks to Bloodhound Books for my review copy. 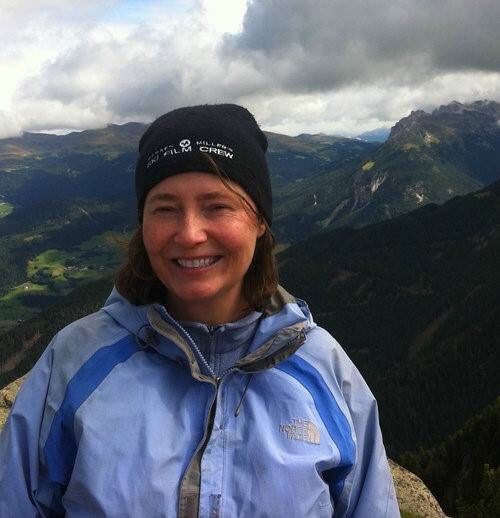 Tana Collins is a Yorkshire born crime writer who was brought up in rural East Sussex.

She did a Social Science Degree at the Polytechnic of North London in the mid 80s where she wrote her final year dissertation on the right to free speech before studying for an MA in Philosophy at the University of Western Ontario and an MPhil at St Andrews.

It was Peter Robinson’s DCI Banks series that got her obsessively reading crime fiction and seeing an exhibition on the life of Ian Fleming that strangely motivated her to start writing all things crime. A few days later she woke up in the middle of the night with a title, within a couple of hours she had an opening scene, by breakfast a setting and by lunch time a lead detective. ‘Robbing The Dead’ was born and ten arduous years later finally completed. ‘Care to Die’ was written as the follow up and ‘Mark of the Devil’ as the third in the Inspector Carruthers series.

For the last 20 years Tana has been living in Scotland working as a Massage Therapist and more recently as a Stress Management Consultant. Her novels are all set in the East Neuk of Fife which is an area of Scotland close to her heart.