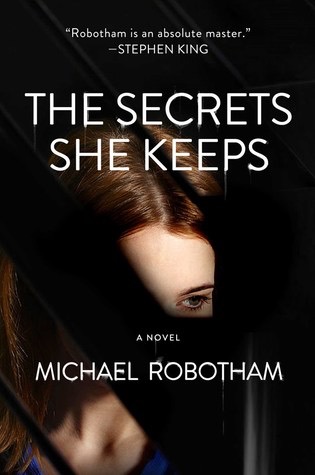 In the bestselling tradition of The Girl on the Train and In a Dark, Dark Wood, from the internationally bestselling author whom Stephen King called “an absolute master” of the psychological thriller, comes a riveting suspense novel about the unlikely friendship between two pregnant women that asks: how far would you go to create the perfect family?

Agatha is pregnant and works part-time stocking shelves at a grocery store in a ritzy London suburb, counting down the days until her baby is due. As the hours of her shifts creep by in increasing discomfort, the one thing she looks forward to at work is catching a glimpse of Meghan, the effortlessly chic customer whose elegant lifestyle dazzles her. Meghan has it all: two perfect children, a handsome husband, a happy marriage, a stylish group of friends, and she writes perfectly droll confessional posts on her popular parenting blog—posts that Agatha reads with devotion each night as she waits for her absent boyfriend, the father of her baby, to maybe return her calls.

When Agatha learns that Meghan is pregnant again, and that their due dates fall within the same month, she finally musters up the courage to speak to her, thrilled that they now have the ordeal of childbearing in common. Little does Meghan know that the mundane exchange she has with a grocery store employee during a hurried afternoon shopping trip is about to change the course of her not-so-perfect life forever…

With its brilliant rendering of the secrets some women hold close and a shocking act that cannot be undone, The Secrets She Keeps delivers a dark and twisted page-turner that is absolutely impossible to put down.

Told alternately from the viewpoint of Meg and Agatha, this brilliant thriller had me gripped tightly in its clutches from the very first chapter. Meg is one of those women, who on the surface, seems to have an utterly perfect life. She’s married to a handsome man named Jack and has two lovely children and a third on the way. Agatha is also pregnant, but her life isn’t quite as charmed as Meg’s. As the details of their lives and the secrets they’re both keeping are slowly and methodically revealed, it’s very clear that danger is lurking and dark secrets and betrayals are underfoot.

This book is aptly titled as the secrets these women are keeping are powerful and shocking. It was a constant barrage of revelations and gasp worthy moments and the author masterfully and carefully shared them, at just the right time. It’s divided into two parts and the first half really sets the stage for what’s ahead. There is a lot of character development and buildup, then when part two begins, things get super tense. You couldn’t have pried my Kindle from my hands for all the money in the world, I was that gripped.

I’m keeping this on the shorter side because the plot is so intricate and beautifully crafted that me speaking to it anymore wouldn’t do it any justice. If you are a fan of this genre this a definite must read. It was a highly addictive, perfectly paced, compelling read that I absolutely loved! And now I’ll be busy buying all the books in Robotham’s back catalogue…

10 thoughts on “Review: The Secrets She Keeps by Michael Robotham ”