When a girl’s body is found at a Midlands storage unit, it is too decomposed for Detective Robyn Carter to read the signs left by the killer.

No one knows the woman in blue who rented the unit; her hire van can’t be traced. But as the leads run dry another body is uncovered. This time the killer’s distinctive mark is plain to see, and matching scratches on the first victim’s skeleton make Robyn suspect she’s searching for a serial-killer.

As Robyn closes in on the killer’s shocking hunting ground, another girl goes missing, and this time it’s someone close to her own heart.

Robyn can’t lose another loved one. Can she find the sickest individual she has ever faced, before it’s too late?

An utterly gripping and darkly compelling detective thriller that will have fans of Robert Dugoni, Angela Marsons and James Patterson hooked from the very start. You will not guess the ending!

I’m so excited to be hosting a stop on the blog tour for The Missing Girls today! 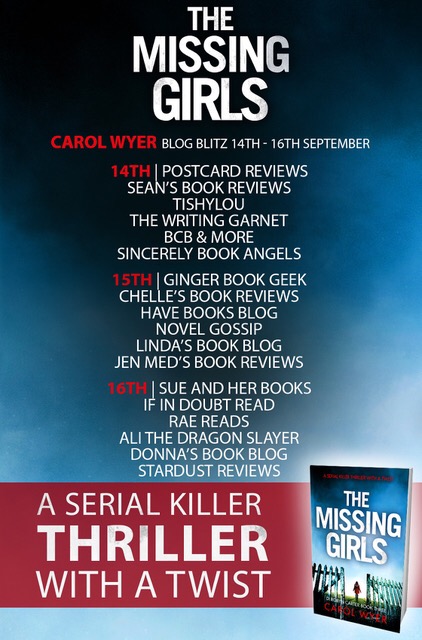 This is the third book in Wyer’s Robyn Carter series, I absolutely loved the first two books, Little Girl Lost and Secrets of the Dead and I think it’s safe to say this is my favorite book thus far. It’s clear to me that this is the type of series that gets better with each book, this is right up there with two of my other beloved Bookouture series, Robert Bryndza’s Erika Foster and Angela Marsons Kim Stone. If by chance you’re a fan of those two and haven’t read this I highly recommend doing so!

Per usual this opens with a gripping prologue that instantly grabs your attention, a young girl wakes up disoriented and terribly scared and is quickly aware she’s in grave danger when she realizes she’s being held captive by a deranged individual. Throughout the book there are several chapters from the young girls who are being captured and killed that were chilling and menacing and brought that sense of darkness and danger to the story.

It was so great to catch up with Robyn and her team again, she has a new supervisor now, Flint and it’s been a huge adjustment for her. The rest of the team are still intact and they’re all really growing on me, I still have a soft spot for Anna and Matt and Mitz is a really lovely man. Wyer delves even deeper into Robyn’s past, especially her relationship with Davies which is so nice as it shows her softer side and just adds to the solid characterization that’s already been established. There’s also more detailing her relationship with Davies daughter, Amelie and I love their special bond.

Once again there is the same intricate plotting and meticulous attention to detail here, there were so many various threads that I had no clue how they would all eventually tie together. There was an onslaught of twists and turns as Robyn raced to catch a killer before he could strike again and the pacing is relentless and breathless. This hit on some very current issues with a cyber bullying angle that is every parents worst nightmare, it is insanely important to monitor teenagers social media usage.

This was already a five star read for me before the last chapter and then Wyer threw a gigantic curveball that knocked everything on it’s head. While everything with the current case was wrapped up nicely things in Robyn’s personal life were sent into a complete tailspin, talk about one hell of a cliffhanger ending!! I am desperate to get my hands on book four now and cannot wait to see what happens next. 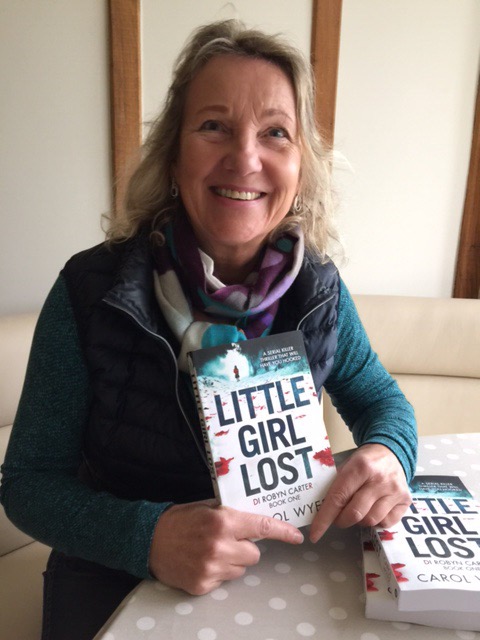 As a child Carol Wyer was always moving, and relied on humour to fit in at new schools. A funny short story won her popularity, planting the seed of becoming a writer. Her career spans dry cleaning, running a language teaching company, and boxercise coaching. Now writing full-time, Carol has several books published by Safkhet and journalism in many magazines.

Carol won The People’s Book Prize Award for non-fiction (2015), and can sometimes be found performing her stand-up comedy routine Laugh While You Still Have Teeth.