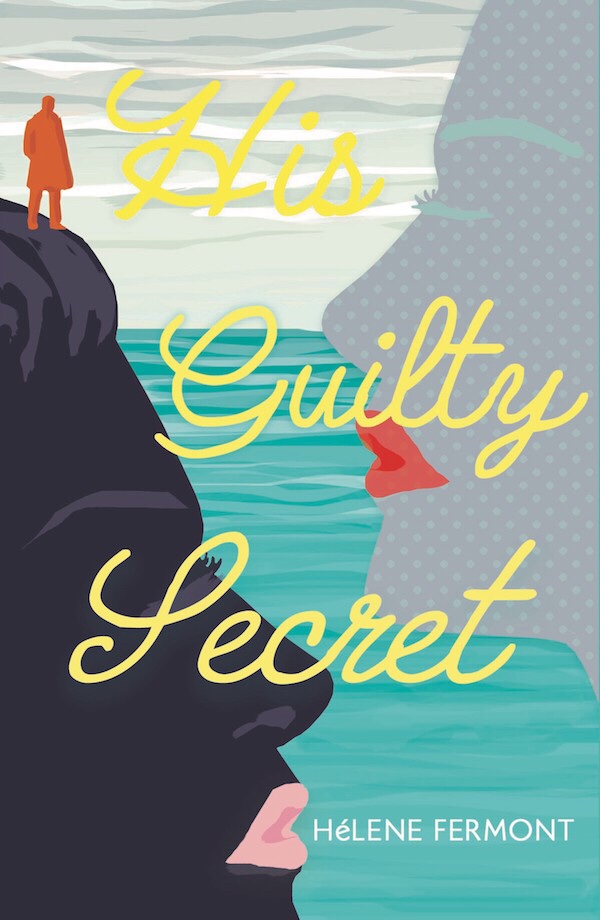 When Jacques’s body is discovered in a hotel room his wife, Patricia, suspects he has been hiding something from her.

Why was he found naked and who is the woman that visited his grave on the day of the funeral? Significantly, who is the unnamed beneficiary Jacques left a large sum of money to in his will and what is the reason her best friend, also Jacques’s sister, Coco, refuses to tell her what he confided to her?

Struggling to find out the truth, Patricia visits Malmö where her twin sister Jasmine lives and is married to her ex boyfriend. But the sisters relationship is toxic and when a family member dies shortly after, an old secret is revealed that shines a light on an event that took place on their tenth birthday.

As one revelation after the other is revealed, Patricia is yet to discover her husband’s biggest secret and what ultimately cost him his life.

His Guilty Secret is an unafraid examination of the tangled bonds between siblings, the lengths we go to in protecting our wrongdoings, and the enduring psychological effects this has on the innocent…and the not so innocent.

I’m so pleased to be the stop on the blog tour for His Guilty Secret today!

The premise for this hooked me instantly, I’m always down with a book about secrets and boy were there some whoppers here! Patricia’s husband Jacques passing away naked and alone in a hotel room is just the beginning of questionable happenings and as she grieves her loss Patricia is forced to simultaneously face up to her own past as well as the lies her husband died protecting.

I read one of Fermont’s books last year and really enjoyed it, it was very different from the types of books I’m typically drawn to, but made for an engrossing read. She has a skillful and lovely way with words that draws you in and she creates characters that are relatable, they seem like women that I would want to approach in real life. I felt so much sympathy for Pat, I can’t imagine being blindsided the way she was and admired the grace and dignity she maintained while trying to pick up the pieces of her shattered life.

This was on the lighter side despite it dealing with some heavy topics, it read like a true drama and was full of interesting secondary characters giving it an almost soap opera vibe. There were so many secrets being kept, it seemed like all of them were hiding something and I always like that uneasy sense of not knowing who to trust in a book. This was an emotional journey following Pat and I was wholly invested in her life and that of her family and friends, pick this up if you’re in the mood for something different that’s written in a really beautiful and unique way.