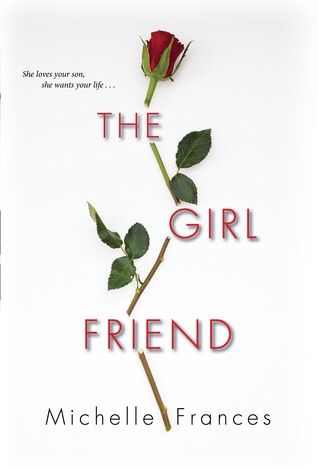 Laura Cavendish can’t wait to meet the woman who’s won her son’s affection. Despite a successful career in television and a long, prosperous marriage, Laura’s world revolves around kind, talented Daniel. She pictures his new girlfriend, Cherry, becoming a close friend and confidante . . . one day, even a daughter-in-law.

But although Cherry is beautiful and amiable, Laura can’t warm to her. There’s something about the possessive way she touches Daniel, the little lies Laura detects. Cherry seems to resent Laura, driving a wedge between mother and son—until one day Daniel is injured in a terrible accident. Six months later, with Daniel still in a coma and facing death, Laura makes a fateful decision—and carries out an astonishing deceit.

A handsome doctor for a husband, with a trust fund and a family villa in St. Tropez—it was all supposed to be Cherry’s. Now, instead of living with Daniel in his impeccable home, she’s jobless and broke. And then Cherry discovers Laura’s stunning deception. But Cherry is too clever, too ambitious to let her get away with it. She’s already transformed herself into Daniel’s dream woman. Now she’ll become Laura’s worst nightmare.

This book was not was I was expecting but I don’t mean that in a negative way, I guess I was thinking it would be fast paced, intense and twisty and instead it was slower, with a subtle intensity and while it definitely had some surprises it wasn’t as twisty as I had imagined it would be. I do think it’s best to go into this knowing as little as possible about the plot so I won’t be delving into that too much, you really need to discover things on your own to fully appreciate this book.

This is a slow burn, it opens with an intriguing beginning and then it flips back in time. You hear from Laura, her son Daniel and his new girlfriend Cherry and there sections sometimes overlap and aren’t clearly labeled which is usually a popular choice. This wasn’t an issue for me, I actually found myself appreciating this structure and found the switches in narratives to be smooth and uncomplicated. I didn’t find either woman to be likable but they were very entertaining, there was a real feeling of cat and mouse and I was always wondering who would do what next, that aspect was unpredictable though there were some minor plot points that I saw coming. I wasn’t bothered by this though as the writing was so strong and there was a powerful, palpable sense of anticipation and apprehension that steadily increased as the story unfolded.

Read this if you’re looking for a character driven drama about manipulation with chilling moments and are able to be patient enough to wait awhile before the story really heats up. There was something intoxicating about being drawn in slowly instead of hit in the face with a crazy, action packed plot that worked well for me. As strong as things were by the last quarter of the book I do have to admit that I was a tiny bit disappointed by the ending, it was a little weak. But I can overlook it this time because I was addicted and throughly entertained by most of it.

Thanks to the publisher and the Great Thoughts Ninja review team for my review copy.

6 thoughts on “Review: The Girlfriend by Michelle Frances #MeetTheGirlfriend”